Tehran, Iran – Mohammad Reza Shajarian, a grand maestro of Iranian traditional music and the most famous vocalists in the country, has passed away after a long period of illness, leaving Iran in mourning.

Shajarian, who had been in intensive care at Jam Hospital in Tehran since Monday, died of cardiac arrest at the age of 80.

He was an icon of traditional music and universally loved by Iranians. Many of his soulful songs have become staples of Iranian households, not least of which is, Iran, O House of Hope, that champions national unity and peace.

Born in the holy city of Mashhad in northeast Iran, Shajarian first discovered he had a talent for singing through reciting the Quran.

Rabana (or Our Lord), one of his most famous songs, has for decades been compulsory listening for people waiting to break their fast at iftar during Ramadan.

Shajarian’s serious illnesses date back about 20 years when he was diagnosed with kidney cancer.

In a public message in March 2016, he revealed he had been receiving treatment for 15 years both inside Iran and abroad.

The Iranian maestro, or “ostad”, was also admired by many for his support of the Green Movement protests in 2009 against the victory of Mahmoud Ahmadinejad in presidential elections that many said were rigged.

Thousands were arrested and dozens died during the protests.

Shajarian, who had the support of the establishment until then, voiced his support for the protesters.

Like opposition leaders of the protests, Shajarian’s image and voice had been boycotted on Iranian state television and radio since. The IRIB showed his image only to announce the news of his death on Thursday.

Shajarian was also banned from performing in Iran. His shows abroad still attracted many Iranians.

Gathering outside the hospital

In the hours and days before his death, many of Shajarian’s fans gathered outside the hospital to sing his songs together and pray for him. Doctors and family members had resorted to daily updates this week to counter speculations on his health.

After news of Shajarian’s death was confirmed, hundreds more gathered outside the hospital, despite the fact that much of Tehran has been shut down to counter an alarming increase in the spread of COVID-19.

According to 28-year-old Ramin, who got to the hospital shortly after the news was confirmed, more than 1,000 people had gathered outside the hospital by evening.

“The streets are closed by the police and a lot of people are here. They are singing and chanting in unison,” he told Al Jazeera from outside the hospital. “After a while, some of the chanting turned political.”

Videos posted on social media show tht “our IRIB, our shame”, “long live Shajarian, long last Iran” and “unity is the way to victory” were some of the slogans chanted by the crowd.

Shortly after, Homayoun Shajarian, the 45-year-old son of the maestro who is himself a renowned Iranian classical music vocalist and a tombak player, appeared before the crowd to announce his father’s body will be laid to rest in his hometown of Mashhad.

‘He stood by the people’

Persian social media immediately began flooding with messages of condolences and tributes to the late artist.

“Life went out of the body of song,” wrote Kayhan Kalhor, a famous kamancheh player and a master of Iranian classical music, on Instagram.

Iranian President Hassan Rouhani and Foreign Minister Mohammad Javad Zarif were also among the first to pay their respects to Shajarian.

“The grateful people of Iran will certainly keep the name, memory and works of this popular artist alive in their minds forever,” Rouhani tweeted, referring to the maestro as one of the most memorable Iranian voices “who left a valuable heritage”.

Zarif called Shajarian “a great and true Ambassador of Iran, her children and – most of all – her culture” in a tweet and shared “Morgh-e Sahar”, one of the singer’s most popular songs.

Maestro Shajarian was a great & true Ambassador of Iran, her children and—most of all—her culture.

I extend my deepest condolences to Iranians across the world and partcularly to his loved ones.

But some of the social media remembrances also turned political.

“They spent billions [of rials] over 10 years to destroy him and he was only made dearer and passed away with honour. Deep respect to him who stood by the people,” tweeted journalist Mohammad Mosaed.

Parvaneh Salahshouri, a former reformist member of Parliament, said in a tweet she hopes Shajarian’s message of “lay down your weapon” would be heard, in reference to a famous line in one of the maestro’s songs. 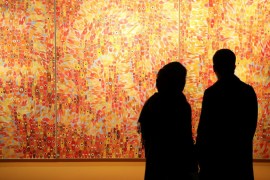 Iranian president says museums and historical sites to reopen on Sunday to coincide with the Eid el-Fitr celebrations. 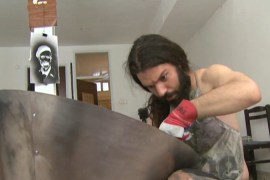 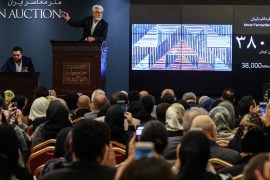 Iran art auction rakes in millions amid pressure over sanctions

Mirror mosaic by 96-year-old female artist fetches close to $1m at the 10th edition of the Tehran Auction.