A Mexican journalist has been shot dead in crime-ridden Ciudad Juarez near the US border, Chihuahua state governor Javier Corral said on Friday.

Arturo Alba Medina is the sixth journalist to have been murdered this year in Mexico, one of the world’s most dangerous countries for reporters.

Corral condemned the “cowardly murder” and said he had told prosecutors to ensure the killers are punished.

The 49-year-old journalist and television news show host was assassinated a few minutes after the end of his programme on Thursday night, according to media watchdog Reporters Without Borders (RSF).

RSF regularly ranks Mexico alongside war-torn Syria and Afghanistan as well as the Philippines as among the world’s most dangerous countries for the news media.

More than 100 reporters and other media workers have been murdered since 2000 in Mexico, where asking questions about political corruption or powerful drug cartels can be a deadly business.

Only a fraction of those crimes has resulted in convictions.

In early August, another journalist was killed in the state of Guerrero along with a police officer.

In May, gunmen killed the owner of a newspaper and one of the policemen who had been assigned to protect him in northern Sonora state, following earlier threats.

Murders have jumped in Mexico in the last two years, underscoring the challenges President Andres Manuel Lopez Obrador has faced since taking office in December 2018 with a promise to reduce violence in the country ravaged by notorious drug cartels.

Most of the deaths were linked to fighting between drug gangs.

Obrador has pledged to “care for and protect” journalists.

During his predecessor Enrique Pena Nieto’s tenure, at least 42 journalists were killed while there were about 2,000 attacks on reporters, according to an NGO.

In 2019, 10 journalists were killed in Mexico, according to an RSF count. 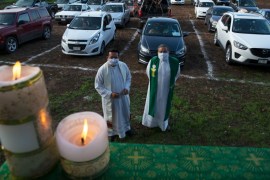 Pablo Morrugares is the fifth journalist to be killed in Mexico this year. 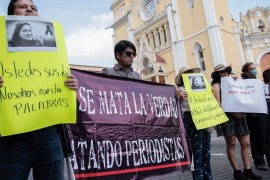 Mexican journalist killed in Sonora, third to be slain in 2020 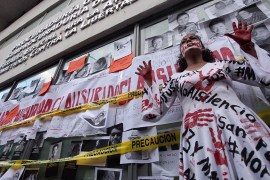