Guinea has failed to hold security forces accountable for the lethal crackdown on anti-government protests since last year, Amnesty International said on Thursday, ahead of this month’s presidential poll.

At least 50 people were killed during protests against President Alpha Conde between October 2019 and July 2020 in the West African state, the rights group said in a report.

At least another 70 were arrested over the same period, or held in detention incommunicado, “for only exercising their right to freedom of expression or peaceful assembly and denouncing authoritarian excesses of power”, it added.

The report comes ahead of the October 18 presidential election in Guinea, where Conde is running for a controversial third presidential term.

Mass protests against that possibility began in October last year, but the president defied opposition and pushed through a new constitution in March, allowing him to reset the two-term presidential limit to zero.

The pushback against a Conde third term was met with a violent crackdown, according to Amnesty’s 63-page report, leaving victims reluctant to seek justice for fear of reprisals.

“We spoke to devastated families who described how their children lost their lives, shot in the back, chest, head or neck,” said Samira Daoud, the NGO’s West and Central Africa Regional Director, in a statement.

Based on interviews with more than 100 people, the report also pointed to the military’s involvement in policing the protests, “in violation of national legislation”.

Among other alleged abuses, mortuaries refused to receive the bodies of people killed during protests, resulting in few official reports on demonstration deaths, the report said.

“All these human rights violations went unpunished,” Amnesty said, adding that the government failed to investigate the killings and hold the perpetrators to account.

Guinea’s security ministry, in a response to the Amnesty report seen by AFP, said the NGO had not presented a “neutral” view of events.

It added that it had “amply demonstrated its commitment to respect fundamental freedoms,” particularly on behalf of opposition activists.

On Wednesday, a young man was shot dead in central Guinea during an anti-government protest, according to a police officer and a family member of the victim.

But critics say he has increasingly veered towards authoritarianism in his second term.

Amnesty on Thursday urged Guinea to end impunity for its security forces and to cover the medical costs for injured protesters.

It also called on the international community to “continue to denounce these human rights violations and remind Guinea of its international obligations”. 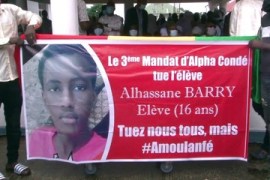 Nearly 80 protesters have been killed in Guinea since last year. But, there have been no arrests or accountability for those involved. 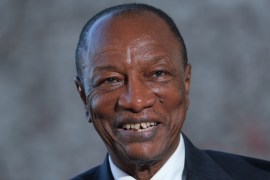 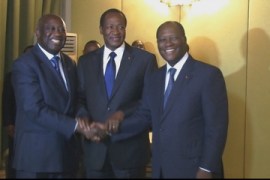 The governing party in Guinea has asked President Alpha Conde to seek a controversial third term in office and after weeks of speculation, Ivory Coast President Alassane Ouattara has announced that he too is seeking a third term.