More than 6,000 tourists will be allowed to disembark from a cruise ship moored in an Italian port after a suspected case of coronavirus was confirmed false on Thursday.

Samples taken from a Chinese couple were sent for testing after three doctors and a nurse boarded the Costa Crociere ship in the port of Civitavecchia, near Rome, to tend to a woman running a fever, local health authorities said.

The passenger was a 54-year-old woman who had boarded Costa Crociere company’s ship Costa Smeralda on January 25 in the port of Savona. She came down with fever and flu-like symptoms. Both she and her partner were placed in an isolation unit on the ship.

The ship had earlier been placed in total lockdown.

“We arrived in [Civitavecchia] with the Costa Smeralda cruise ship and they are not letting us off the boat. They say it’s due to a health inspection,” a passenger named Gaby tweeted.

The Costa Smeralda departed from Savona in northern Italy and stopped in Marseille, Barcelona and Palma de Mallorca before reaching Civitavecchia.

“We did all that we needed to do. The situation is under control and at the moment it does not seem like there are any reasons for concern on board,” coastguard commander Vincenzo Leone was quoted as saying by ANSA.

In a statement, Costa Crociere said its priority was “to guarantee the health and safety of guests and crew” and that it would “strictly comply” with regulations from health authorities. 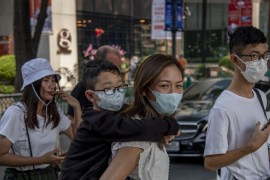 To coordinate global response, WHO says spread of coronavirus is ‘public health emergency of international concern’. 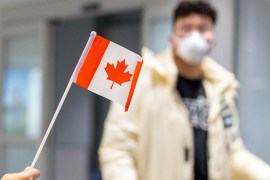 Canada draws on lessons from SARS to address novel coronavirus

More than 16 years after SARS killed 44 people in Canada, health professionals say they are better trained and prepared. 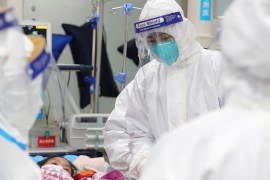 With more people infected with the coronavirus than had been with SARS, China’s healthcare system is feeling the strain.