China has reported its third death from a mysterious new virus and nearly 140 fresh cases as the disease spread to other parts of the country, including Beijing, raising concerns about more infections as millions begin trips for the Lunar New Year.

Medical experts are still struggling to understand the new strain of coronavirus but its connection with Severe Acute Respiratory Syndrome has caused alarm. SARS originated in southern China in 2002 before spreading to Hong Kong and elsewhere in the world, infecting thousands and leaving more than 800 people dead.

Coronaviruses usually cause mild to moderate upper-respiratory tract illnesses, such as the common cold, but can also affect the lower respiratory tract, causing pneumonia or bronchitis.

In Wuhan, the city in central China where the new strain first emerged, 136 new cases were found over the past two days, the local health commission said, without giving details about the person who died.

Health authorities in Beijing’s Daxing district said two people who had travelled to Wuhan were treated for pneumonia linked to the virus and are in stable condition.

“They are taking it very seriously, but they are also at pains to tell the public that this is a controllable thing,” said Al Jazeera’s Katrina Yu in Beijing.

“They don’t want to cause panic.”

In Guangdong, a 66-year-old Shenzhen man was quarantined on January 11 after running a fever and showing other symptoms after visiting relatives in Wuhan, the provincial health commission said in a statement.

A total of 201 people have now been diagnosed with the virus in China. In Wuhan, 170 people are still being treated in hospital, including nine in critical condition, the city health commission said.

Wuhan is a city of 11 million inhabitants that serves as a major transport hub, including during the annual Lunar New Year holiday when hundreds of millions of Chinese people travel across the country to visit family.

Yu said screening had been stepped up in the city – a major transport hub – as well as in Shenzhen where she said there were reports of a further eight suspected infections.

The outbreak was one of the top trending topics on Chinese social media platform Weibo, where many users expressed concerns about their safety.

“Who knows how many people who have been to Wuhan may be unaware that they have already been infected?” one user said.

China’s Global Times, published by the ruling Communist Party’s official People’s Daily newspaper, said in an editorial the government needed to disclose all information and not repeat the mistakes made with SARS. Chinese officials covered up the SARS outbreak for weeks before a growing death toll and rumours forced it to reveal the epidemic.

“Concealment would be a serious blow to the government’s credibility and might trigger greater social panic,” the editorial said.

A handful of cases – some still to be confirmed as the new virus – have also been reported in Japan, Thailand and Singapore.

South Korea’s Centers for Disease Control and Prevention (KCDC) reported the country’s first confirmed case on Monday. The patient is a 35-year-old Chinese woman who flew from Wuhan into Seoul’s Incheon airport on Sunday and was put into isolation on her arrival.

Airports in the region, as well as three in the United States, have stepped up health screening as a result of the outbreak. 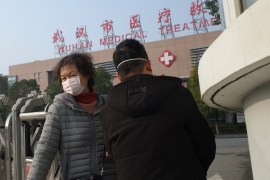 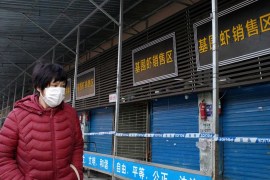