Russia and Ukraine have exchanged dozens of prisoners, releasing 35 prisoners each, in what could be a significant step towards easing tensions between the two countries.

Ukrainian President Volodymyr Zelensky hailed the exchange as the first step towards ending the war in Ukraine’s east and returning territory annexed by Moscow.

“We have taken the first step,” he said after greeting the former prisoners at the airport in Ukraine’s capital, Kiev.

“We have to take all the steps to finish this horrible war,” he said, pledging to also return “our territory”.

The exchange, the first since 2017, took place after lengthy negotiations.

Those released by Russia include all 24 Ukrainian sailors who were captured in November last year in the Sea of Azov, as well as Ukrainian filmmaker Oleg Sentsov, who was convicted of plotting “terrorist” acts. He had denied the charges.

Ukraine’s SBU security service said Vladimir Tsemakh, suspected of involvement in the downing of Malaysia Airlines flight MH17 over eastern Ukraine, was also released as part of the swap.

Nearly 300 people flying from Amsterdam to Kuala Lumpur were killed in the 2014 crash.

Dutch prosecutors had urged Kiev not to allow Tsemakh, accused of fighting for pro-Moscow separatists, to travel to Russia, fearing this could jeopardise the investigation into the crash.

The Dutch government said it was “disappointed” at the inclusion of Tsemakh, who on Thursday was released on bail, in the swap.

Russian President Vladimir Putin said on Thursday the prisoner exchange would be “a good step forward towards the normalisation [of relations]”.

Moscow and Kiev have been in a conflict since 2014 when Russia annexed Crimea after a controversial referendum.

Fighting between Ukrainian troops and Russia-backed separatists has killed more than 13,000 people since then.

Ukraine blames the Kremlin for separatist violence in eastern Ukraine.

German Chancellor Angela Merkel praised the prisoner swap as a “sign of hope” and called for the implementation of a 2015 ceasefire deal that Paris and Berlin helped broker.

“This exchange of prisoners between Russia and Ukraine is a sign of hope … it’s worth continuing the hard work to implement the Minsk accord,” Merkel said in a statement.

Olexiy Haran, a professor of comparative politics at Kiev Mohyla Academy, told Al Jazeera the prisoner swap might help to decrease tensions between the two countries.

“However, normalisation of the bilateral relations is not possible as long as Russia keeps on occupying Crimea and without a stable ceasefire in the east of the country,” he said. 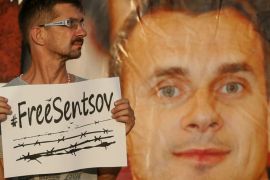 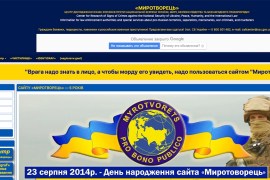 Being blacklisted on Peacemaker can have serious consequences, including the risk of being killed. 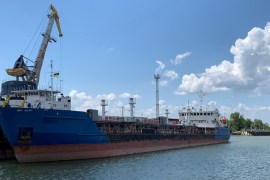 Russian sailors released from detained tanker in Black Sea port amid threats of ‘consequences’ from Moscow.