Small islands and coastal cities in the Asia-Pacific need more funds to assist vulnerable communities and help them decide whether to relocate or stay and defend against rising sea levels and extreme weather, experts have said.

Environmental advocates have pressed for more aggressive action to deal with climate change and global warming.

A three-day UN Climate Change gathering, which ended in the Thai capital of Bangkok on Friday, comes as the widespread damage from Hurricane Dorian on the low-lying Bahamas group of islands in the Atlantic becomes more apparent, highlighting the clear and present danger of climate change.

Images showed some of the Bahamas islands already underwater.

International Youth Climate Movement delegates attending the summit said climate change was an “unprecedented” issue that needed to be addressed with more investment.

“We have a very small window to reverse the actions that are happening today. The world is running out of time.”

Outside the event, a group of environment and social justice activists also gathered to call on governments and private institutions to stop funding fossil fuel extraction to cut carbon emission.

Earlier, Ovais Sarmad, the UN Climate Change deputy executive secretary, described the impacts of climate change around the world as “devastating” and said that “there is urgency” in addressing them.

Last month, Indonesia said it would relocate its capital from the sinking city of Jakarta by 2024 to the island of Borneo.

According to reports, the northern part of the city is sinking 2.5m every 10 years, and will continue to sink by as much as 25cm a year, even if the capital eventually moves.

In July, independent experts proposed building a 20km western dyke and a 12km eastern dyke to protect Jakarta from seawater, while keeping the city of 10 million people from eventually going underwater. According to the Jakarta Post, the project would cost at least $18.7bn.

Bangkok, Manila and Shanghai were also listed by the Intergovernmental Panel on Climate Change (IPCC) as among the fastest-sinking metropoles in the world.

A World Bank study predicted that 40 percent of the Thai capital may be submerged by 2030, according to the Bangkok Post.

The news story also cited the country’s 2015 National Reform Council report, which predicted that Bangkok, also known as “Venice of the East”, risks being submerged in less than 15 years if nothing is done.

In Manila, a city of 13 million people, a report published in May showed that parts of the areas just outside of the Philippine capital are already completely underwater, forcing its residents to relocate.

According to IPCC, Manila is subsiding “at a worrying 10cm per year”.

Shanghai, the Chinese coastal city, had already sunk as much as 12.12mm by 2000, according to the Shanghai Institute of Geological Survey.

Since 1921, the city has subsided a total of 2.6 metres, the Asian Correspondent reported.

Further east in the Pacific, Fiji plans to move dozens of coastal villages inland, and the Marshall Islands is building sea walls to protect coastal communities.

“As much as possible, we must try to adapt and mitigate in situ because that’s where people have their homes, land and livelihoods,” Harjeet Singh, global climate change lead at the charity group ActionAid, told Thomson Reuters on Thursday.

“But more places are becoming uninhabitable because of land degradation, rising sea levels or other weather impacts and there is no choice but to relocate.”

According to the International Federation of Red Cross and Red Crescent Societies, more than 20 million people are uprooted every year by floods, storms, landslides and other extreme winter conditions, with the vast majority of such displacement occurring in the Asia-Pacific region.

Displacement can have devastating impacts on those who have to move, as well as on the communities that receive them, said Victor Bernard, Asia-Pacific programme officer at human rights advocacy the Raoul Wallenberg Institute.

“Countries must ensure relocations are not forced, and that the rights of vulnerable communities are protected,” he said.

Fiji moved its first coastal community inland in 2014, and may have to move dozens more to higher ground as sea levels rise, said Nilesh Prakash, the country’s head of climate change and international cooperation.

“Moving them inland means they lose access to livelihoods. There are also socio-cultural and traditional ties to consider.”

Fiji, with 900,000 people on hundreds of islands, plans to set up a fund to pay for loss and damages caused by the effects of climate change, including relocation, he told Thomson Reuters.

Sea-level rise and erosion are set to make most island atolls uninhabitable by 2050, and for the Marshall Islands, home to 75,000 people, moving to higher ground is not an option.

“We don’t have the luxury of more land or mountains to move to. We are just focused on our survival, and wondering whether we will still be here 30 to 40 years from now,” she said.

Where possible, cities should be investing to adapt, with infrastructure such as seawalls, as well as nature-based solutions, said Diane Archer, research fellow at the Stockholm Environment Institute in Bangkok.

“It is also vital to ensure an urban plan which preserves essential natural features such as wetlands and mangroves, and that appropriate regulations are in place to manage groundwater extraction and reduce greenhouse gas emissions,” she said. 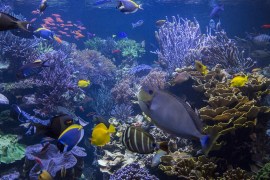 The biggest animals in the world’s oceans are going to be hit hardest as climate change intensifies, a new study says. 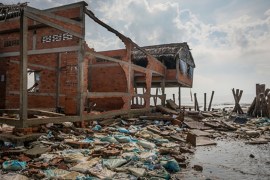 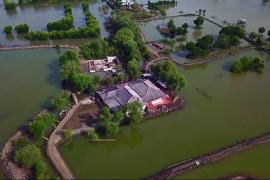