Five civilians from one family have been killed in air attacks by the Saudi-led coalition in Omran province in Yemen, according to Houthi-owned Al Masirah TV.

The armed group said early on Monday that the Saudi-led coalition hit a mosque where the family had sought shelter when the attacks began.

Two children from the same family were missing, the report said, and rescuers were searching the rubble of the building.

There was no immediate confirmation from Saudi Arabia.

On Friday, the Houthis announced they would stop aiming missiles and drones at Saudi Arabia, provided the kingdom reciprocated by stopping its attacks on them, warning that the continuation of the war could lead to “dangerous developments”.

The announcement had followed Saudi-led air raids on Thursday against the Houthis based north of Yemen’s port city of Hodeidah – an attack that was seen as retaliation for attacks on September 14 on two major oil facilities in Saudi Arabia.

A coalition led by Saudi Arabia and the United Arab Emirates intervened in Yemen in March 2015 after the Houthis removed the internationally-recognised government in Sanaa in late 2014.

The conflict has killed tens of thousands of Yemenis and left millions on the brink of famine, what the UN calls the world’s worst humanitarian crisis.

Earlier this week, the Houthis also said they had picked out dozens of sites in the UAE as possible targets for future attacks. 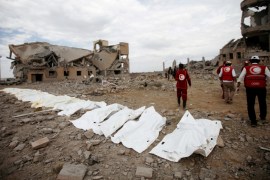 The growing human cost of the war in Yemen

At least 60 people were killed in Yemen air raid, raising the question who can hold Saudi-UAE-led coalition to account. 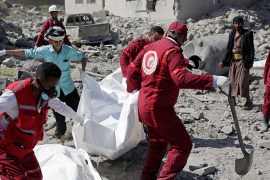 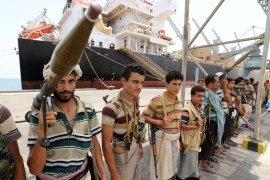 US ‘in talks with Houthis’ in bid to end Yemen war: Official

Top US official says Washington is in talks with Houthi rebels to end the war, the first such contact in four years.