By Alia Chughtai and Ramy Allahoum

Tunisians will head to the polls on September 15 to choose their new president in a hotly contested election.

Initially scheduled to take place in November, the vote was brought forward following the death of President Beji Caid Essebsi in late July. 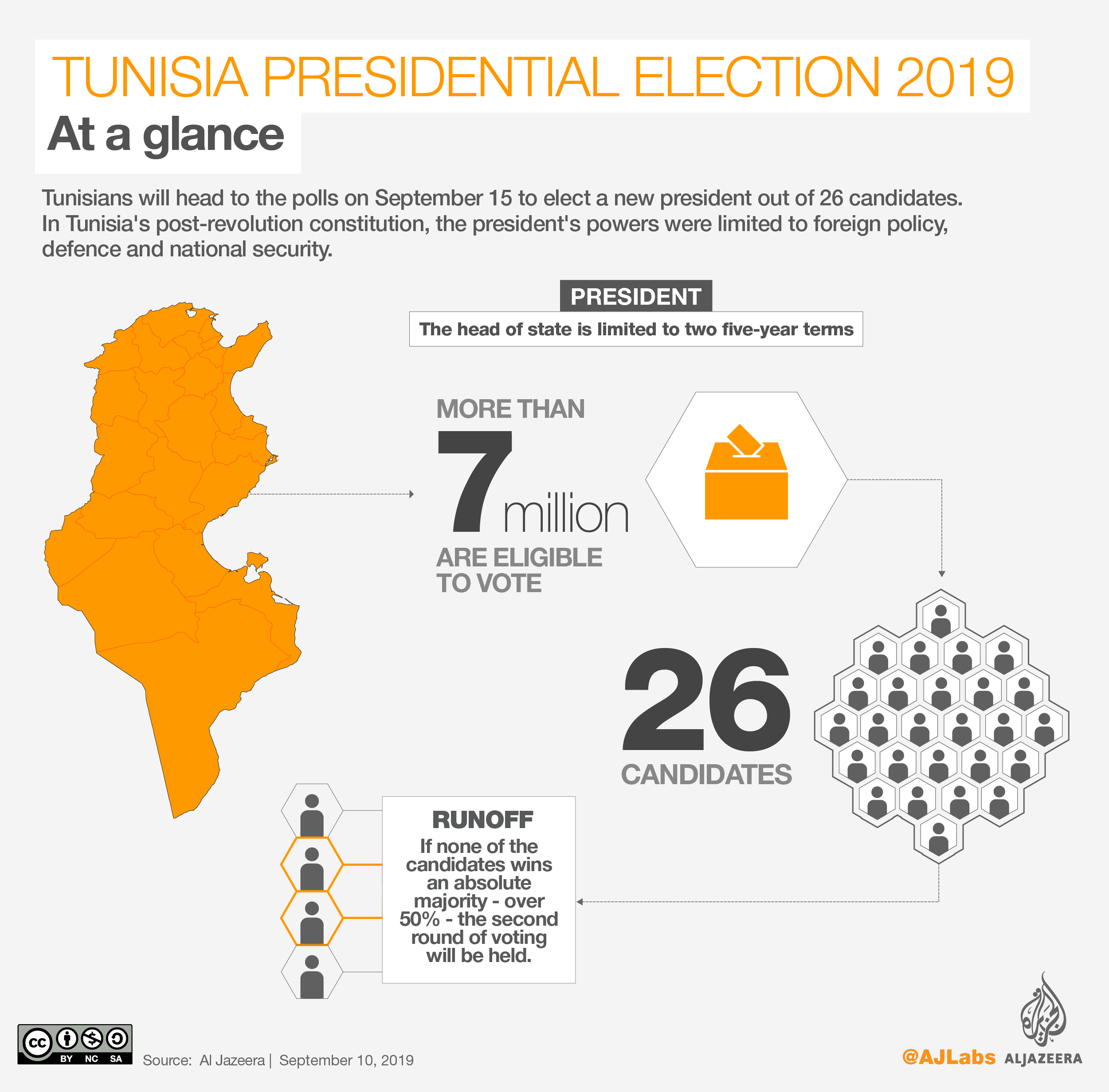 The election will go to a runoff vote if no candidate achieves an absolute majority. The second round is scheduled to take place in early November, after a parliamentary vote is held in October.

Although candidates have presented a plethora of ideas to help reform the economy and crack down on rampant corruption, the head of the state’s mandate is in theory limited to foreign policy, defence and national security.

Under the terms of the 2014 constitution, the prime minister, who is nominated by parliament, is tasked with forming a government and running day-to-day affairs.

Other hopefuls include former prime ministers Mehdi Jomaa and Hamadi Jebali as well as Moncef Marzouki, the president during the 2011-14 transition period.

There are also outsiders vying for the top position such as detained media mogul Nabil Karoui and Abir Moussi, one of two female candidates and a former deputy secretary-general in the party of deposed President Zine El Abidine Ben Ali. 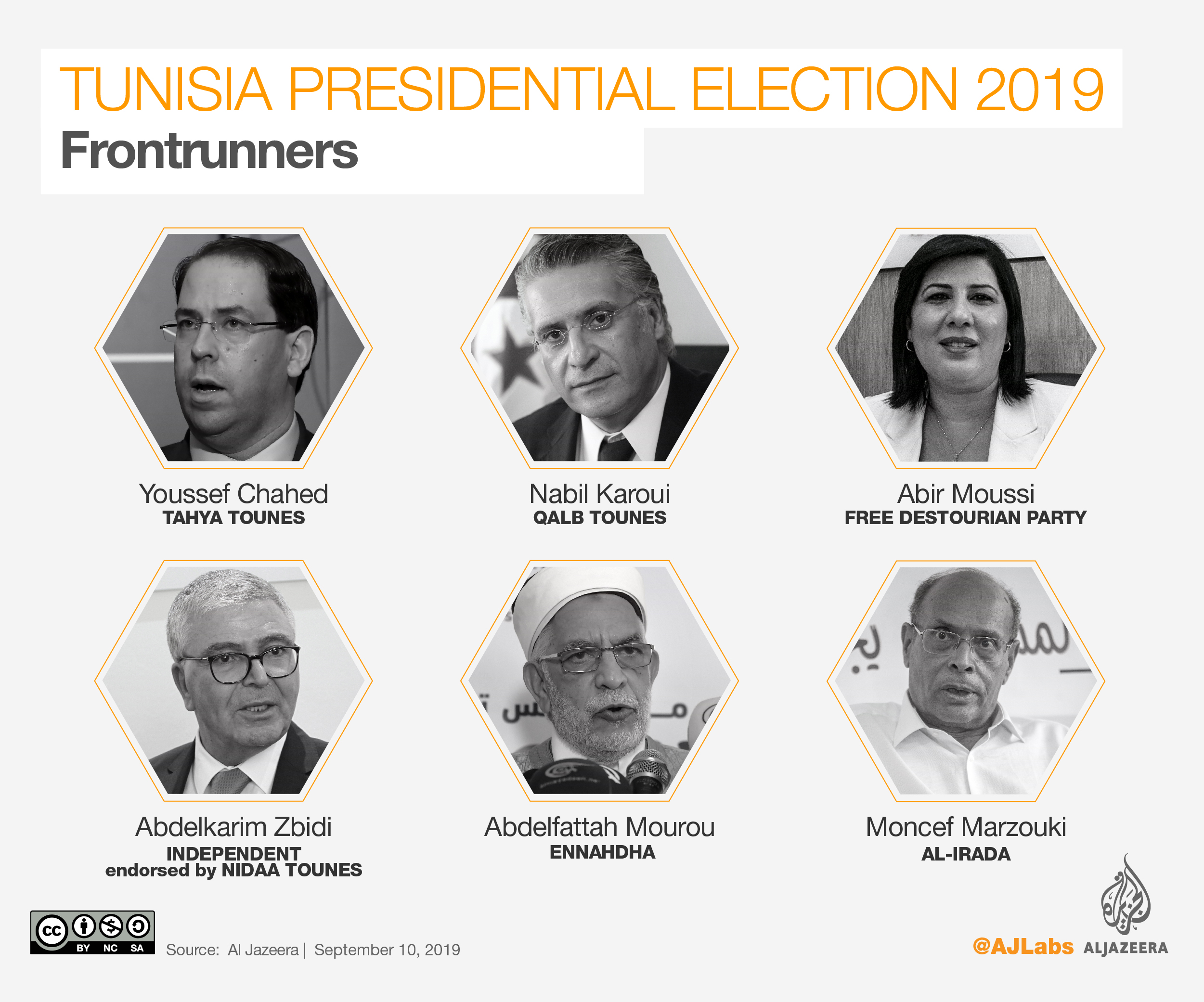