The Syrian army has resumed operations against armed rebels in Idlib, scrapping a ceasefire in the last opposition-held stronghold.

In a statement carried by state media on Monday, the army accused the rebels of violating the truce that was brokered last week during talks in Kazakhstan following a three-month campaign supported by Russia.

“Armed terrorist groups, backed by Turkey, refused to abide by the ceasefire and launched many attacks on civilians in surrounding areas,” SANA reported the army as saying. “The armed forces will resume their military operations against terrorists,” it said.

The Syrian Observatory for Human Rights said Syrian government air raids resumed on the region minutes after the truce was cancelled, before Russian planes joined in too. Russian jets pounded the western edge of the enclave, while aircraft from both sides resumed bombardment of its southern flank, the UK-based war monitor said.

Russia’s defence ministry meanwhile said rebels had shelled the outskirts of its key airbase of Hmeimim in the adjacent province of Latakia.

The airbase was unaffected by the attack, the RIA news agency quoted the ministry as saying.

Syrian state media and opposition activists had reported repeated violations of the truce by both sides since it went into effect on August 1.

Syrian state media had said at the time the ceasefire would depend on armed groups fulfilling a 2018 deal aiming to create a buffer zone in Idlib. The Sochi agreement was brokered by Russia, the main ally of Syrian President Bashar al-Assad; and Turkey, which supports some rebel groups in the region.

Under the deal, armed groups in the last rebel-held province were required to retreat 20km from demilitarised areas around the stronghold, as well as withdraw their heavy weapons from the front lines.

“There are great concerns that if an assault driven by the Syrian leadership happens, then it could see an upsurge in people once again fleeing north to Turkey,” Barker said.

For now, he said, Turkey can “exert whatever influence it can over the rebel groups it backs”.

Despite last week’s ceasefire announcement, the warring sides continued shelling each other.

“They [Syrian army] are accusing what they are calling armed terrorist groups in Idlib of attacking civilian areas,” Al Jazeera’s Khodr said.

“What the regime could not take militarily or by force, they will not get through peaceful means or through negotiations and politics,” HTS’s head Abu Mohammed al-Joulani said.

The offensive, which began in late April, is in an attempt by the government and its allies to drive out armed opposition groups and gain control over what once was a major commercial highway linking Syria to neighbouring Turkey and Jordan.

Opening the commercial and passenger routes through Idlib province would reassert the state’s control over an economy fragmented during eight years of conflict and now facing US and EU sanctions, economic experts say.

Backed by Russia, the Syrian government’s months-long campaign in northwest Syria has killed at least 400 people, according to the United Nations, and uprooted more than 440,000 people.

It has also left dozens of villages and towns in ruins. To date, the Syrian government has failed to make significant gains on the ground. Instead, it has taken a handful of towns and villages in the northwestern region.

The region is home to some three million people, nearly half of them already displaced from other parts of the war-ravaged country.

“What they were doing was targeting civilian areas in order to pressure the opposition to surrender,” Khodr added. 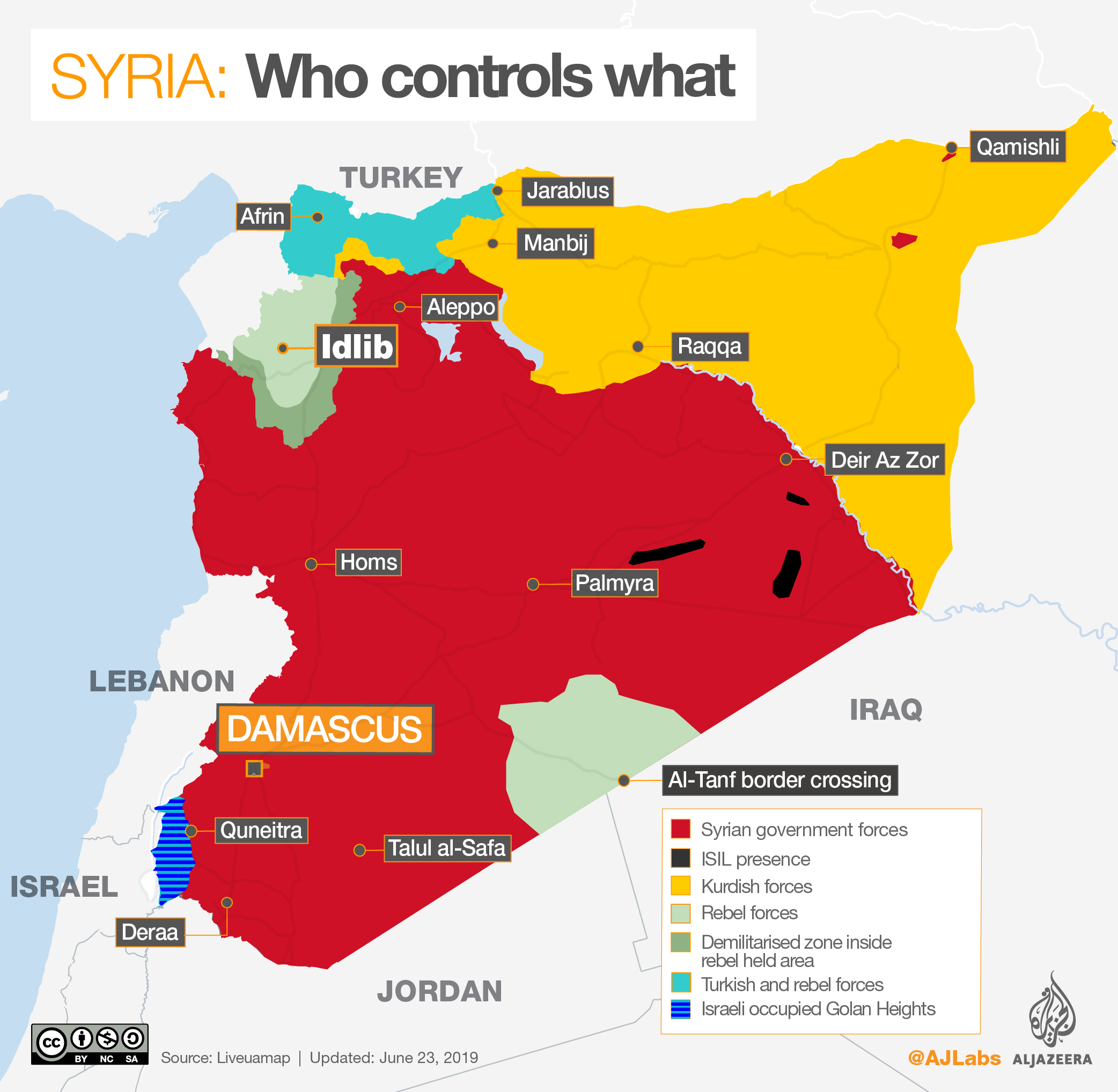