At least five people have died and 13 others are reported missing after Tropical Storm Wipha slammed into Vietnam’s northern coast, authorities said on Monday.

The worst hit province was Thanh Hoa, where three people were killed and 12 were reported missing, according to a statement by the Central Steering Committee for Natural Disaster Prevention.

Most of the missing people were from Quan Son district, where an entire village was destroyed by a flash flood.

One person was reported dead in the mountainous province of Bac Kan and another in Dien Bien province.

The storm made landfall at around 10pm (15:00 GMT) on Thursday in Quang Ninh province, home of the UNESCO World Heritage site Halong Bay, and the neighbouring city of Haiphong.

It weakened into a tropical depression on Saturday, with rain continuously falling in the capital Hanoi on Sunday, causing some flooding.

About 800 soldiers have been deployed to assist with disaster relief in the northeastern provinces, where communities are expected to experience more dangerous flash floods and rockslides in the coming days.

Vietnam is among the most vulnerable nations to climate change impacts. It is one of nine countries that according to a International Panel on Climate Change report, will have at least 50 million people exposed to the impacts rainstorms and rising sea levels.

Over the past few days, Wipha also caused widespread flooding in the southern Chinese provinces of Hainan and Guangdong, and Guangxi region in southern China.

On Friday, violent winds damaged trees, power lines, as well as overturned vehicles in Beihai City, Guangxi region. The city’s harbour was also brought to a standstill with boats brought in for shelter.

Landslides in the southwestern province of Sichuan also left one person dead and at least 11 missing on Thursday, according to state broadcaster CCTV.

In the coastal city of Taishan in Guangdong province, shipping services were also temporarily suspended. 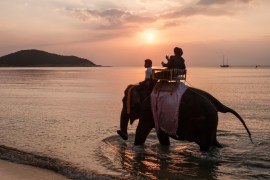 No cyclone has hit Thailand in January in at least 68 years. Pabuk may be unprecedented. 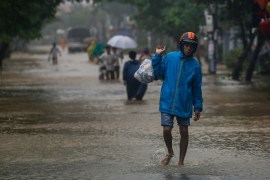 Downpour triggers flooding in the storm-weary country, with with 182 millimetres of rain reported in Quy Nhon. 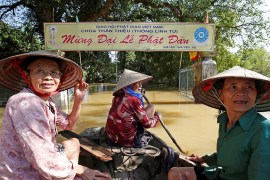