A Chinese Catholic bishop has been ordained with the joint approval of Pope Francis and Beijing for the first time under an agreement intended to encourage a rapprochement between China and the Holy See.

Vatican spokesman Matteo Bruni confirmed Tuesday that Monsignor Antonio Yao Shun had received a papal mandate. He had been legitimately consecrated as bishop of Jining, Inner Mongolia, at a ceremony Monday.

China’s roughly 12 million Catholics have for decades been split between a government-run association, whose clergy were chosen by the atheist Communist Party, and an underground church loyal to the Vatican.

But under the terms of the deal agreed in September last year, both Beijing and the Vatican will now have a say in appointing Catholic bishops.

The law in China requires priests and bishops to register and align with the country’s official church.

But the Vatican said the bishop had also “received the Papal Mandate” at the ordination, according to a statement by Matteo Bruni of the Holy See press office.

It said the ordination was the “first to take place in the framework of the Provisional Agreement between the Holy See and the People’s Republic of China”, which severed diplomatic relations in 1951.

According to a report in the state-run Global Times on Wednesday, China faces a shortage of bishops, with approximately one-third of the 98 dioceses having no bishops and many older bishops set to retire.

State media reports said another Chinese bishop was set to be ordained Wednesday, although the official church did not confirm this.

Pope Francis recognised seven clergy appointed by China as part of the deal, despite fears the accord would be used by Beijing to further crack down on worshippers outside the official church.

Although relations have improved as China’s Catholic population grows and the Vatican intensifies efforts to restore relations, tensions remain.

The Vatican is the only European diplomatic ally of self-ruled Taiwan, which is viewed by China as a breakaway province awaiting reunification.

In June, the Vatican called on Beijing not to intimidate Catholics who were still choosing to worship at underground churches that refuse to swear allegiance to the official state church.

Recent years have also seen a clampdown on religious worship in China on multiple fronts, with churches destroyed in some regions and restrictions on the sale of Bibles.

The agreement met with fierce criticism from some quarters when it was announced last year.

Hong Kong’s outspoken Cardinal Joseph Zen said at the time that the deal was “a major step toward the annihilation of the real Church in China”. 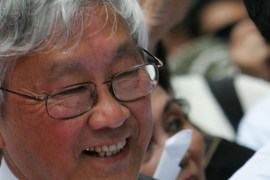 Cardinal Joseph Zen: Why a Vatican-China deal will harm Catholics

Hong Kong’s former bishop warns that a China-Vatican deal on bishops will harm China’s Catholics and weaken the church. 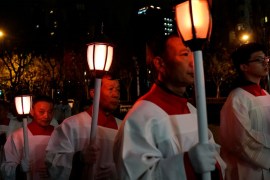 Beijing has tightened restrictions on religions it fears are a challenge to the power of the ruling Communist Party. 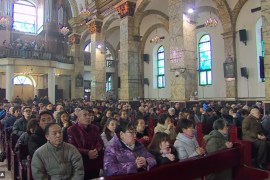 Historic deal between China and Vatican ‘in the making’

Agreement could include Beijing giving the Vatican more say in picking bishops in state-approved churches.