Turkish President Recep Tayyip Erdogan has arrived in Moscow for a meeting with his Russian counterpart, Vladimir Putin, about the situation in northern Syria, where both the countries have strategic interests.

The meeting was set up after a phone call between Erdogan and Putin in which the Turkish president described the situation in Idlib as a humanitarian disaster and a threat to national security in Turkey.

The two leaders are expected to hold a news conference later on Tuesday.

Despite signing a deal a year ago to create a de-escalation zone near the rebel-held stronghold of Idlib, the tension between the two countries has risen in the last two weeks after an air raid by the Russian-backed Syrian military targeted a Turkish convoy passing through Idlib province.

Both countries are unhappy with their policy regarding Syria, Al Jazeera’s Step Vaessen said.

“Erdogan wants Putin to rein in the Syrian forces. President Putin’s spokesperson said he understands the concerns of Erdogan but said he’s also very worried about the movements of the rebels against Russian forces,” Vaessen said.

Turkey has been a vocal opponent of Syrian President Bashar al-Assad and backs rebels fighting for his removal.

“Russia is kind of impatient with how Turkey has responded since that deal that was signed a year ago in Sochi where they promised to reign in the rebels,” she added.

After his arrival, Erdogan was shown around at an airshow, where Putin showed the Turkish leader the latest military technology.

“Erdogan has been shown around in this expo [by Putin], and he was shown the latest Sukhoi fighter yet. It seems like Putin is in a selling mood but it’s not so clear if Erdogan is in a buying mood,” Vaessen said.

Ankara’s purchase of the advanced S-400 missile system is a factor in keeping the relationship between the two countries on track.

That deal has created a rift between Turkey and its NATO partners, especially the United States.

The US has said the S-400 system will not integrate into existing NATO systems and has threatened Turkey with sanctions because of the purchase.

Turkey is expected to receive the second batch of S-400 on Tuesday. 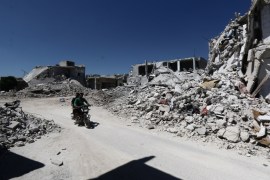 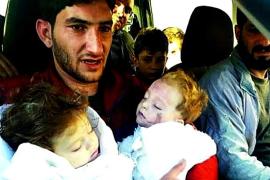 Displaced people in northern Syria have nowhere else to go as the border with Turkey is sealed. 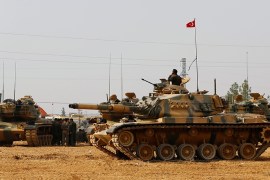 Both sides announce safe zone will be launched this week but questions remain on how deep it will be in northern Syria.