Saudi Arabia’s military in Yemen moved in to secure two strategic Red Sea ports and the Bab al-Mandeb Strait after ally the United Arab Emirates substantially reduced its forces in the war-ravaged country, a news report said on Thursday.

The UAE pulled out soldiers in some parts of Yemen, where it set up large bases amid a four-year-old war against Houthi rebels who seized control over much of the country in 2014.

The conflict in Yemen is widely seen as a proxy battle between regional rivals Saudi Arabia and Iran.

Two Yemeni military commanders and two Yemeni government officials told Reuters News Agency that Saudi officers took command of military bases at the ports of al-Makha (Mocha) and al-Khokha, which Emirati forces used to back their campaign in nearby Hodeidah and to monitor the coastline.

Riyadh also sent an unspecified number of troops to the southern port city of Aden and Perim Island, a small volcanic rock in the strategic Bab al-Mandeb shipping lane, where the Red Sea meets the Gulf of Aden.

The spokesman for the Saudi-led coalition and the UAE government did not respond to requests for comment.

A senior Emirati official has said the UAE is not leaving a vacuum in Yemen as it trained about 90,000 local fighters and remains committed to the coalition and the deposed Yemeni government.

The UAE discussed extensively its troop redeployment with Saudi Arabia, the official said.

The change in command is not expected to significantly affect the course of the war, nor a UN-backed ceasefire in Hodeidah signed last year in Sweden between the Saudi-backed government and the Iran-aligned Houthis.

By expanding the Saudi presence on the ground, the move could intensify international criticism of the kingdom’s role in a war, which unleashed the world’s worst humanitarian crisis and killed hundreds of civilians in errant air raids on hospitals, schools and markets.

Tens of thousands of people have been killed since the Saudi-Emirati intervention in 2015, about 14 million Yemenis face famine, and disease such as cholera is rampant in the impoverished nation.

After four years of fighting, the Houthis still control much of the country, including the capital Sanaa.

Some analysts say the UAE’s pullout aims to restore its reputation, but may strain ties with Saudi Arabia at a time of heightened tensions with Iran.

“The political, reputational and operational risks Abu Dhabi incurred in Yemen stood in no relation to the anticipated benefits,” said Andreas Krieg, a professor at King’s College in London.

One factor driving the troop withdrawal may be to limit the damage to the UAE over its role in Yemen, with both the Saudi-led coalition and the Houthis accused of war crimes by human rights groups.

The reputation of the Emirates – a staunch US ally that aims to be seen as “a liberal US partner in the region” – has “taken a severe hit as of late”, said Krieg.

Amnesty International said last year that human rights violations in a string of UAE-run prisons in Yemen could amount to war crimes – a report Abu Dhabi has vehemently rejected.

Tensions between the United States and Iran spiked in June when Iran shot down a US drone over strategic Gulf waters following a series of tanker attacks off the UAE coast that Washington blamed on the Islamic Republic. Tehran denied the accusation.

“Tensions with Iran were not the impetus for the withdrawal, but they have certainly complicated it,” said Elizabeth Dickinson, senior analyst with the International Crisis Group think-tank.

“Abu Dhabi has been alarmed by the escalations in recent months and sought to limit the risks to itself.”

Krieg added the UAE decision meant “troops can now be moved to the home front amid rising tensions with Iran”.

“Saudi is now left on its own with dealing with the quagmire in Yemen,” he said.

Experts, however, agreed while the UAE decision to reduce troops may strain ties with Saudi Arabia, it was unlikely to severely affect their strategic regional alliance.

“Behind closed doors, the Saudis aren’t going to be happy, but I don’t think that either Saudi Arabia or the Emirates have an interest in a public rift,” said Dorsey.

The two countries have too much in common to let differences over Yemen tarnish their relationship, he added.

“No one except those in the room can truly know the dynamics between the two sides, but one can imagine there have been challenging conversations in recent weeks,” Dickinson said. 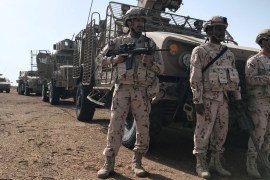 Yemen: UAE to reduce troop presence after consulting with Riyadh 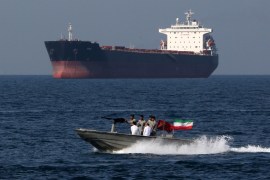 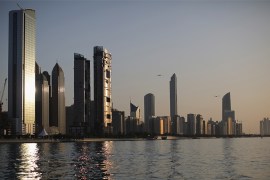 UAE holding prisoners after completion of their sentences: HRW