Flights at the international airport were delayed or diverted as visibility dropped to just a few hundred metres. A handful of flights were also cancelled.

Commuters were advised to leave extra time for their journey, with the Bureau of Meteorology urging drivers to take extreme care on the roads.

Where is the harbour bridge? Sydney fog #Sydney #fog pic.twitter.com/Bm8baSIRRe

Light winds and low temperatures during the night allowed the fog to form, and it was made particularly thick by the rain that had fallen across the city in recent days.

Some 47 millimetres of rain – about a third of that which is expected in the entirety of June – have fallen on the city, providing ample moisture.

Initially, the fog formed in the city’s western suburbs then drifted east towards the coast and across the airport, where visibility was reported as being 200 metres at 20:00 GMT.

The fog burned off soon after sunrise, but more is likely to form over the next few nights.

However, the fog is expected to be less widespread and not as thick because slightly stronger winds are forecast. 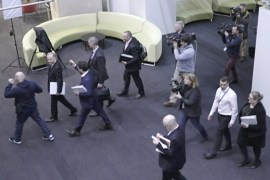 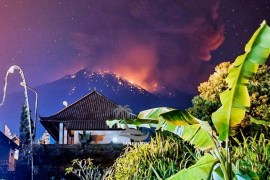 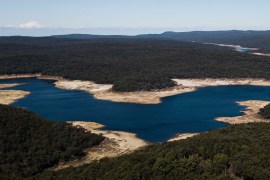