Their faces stare out from the photos, some smiling and some serious. Most of them are young, captured in candid moments or emotionless passport snaps, a uniform seen here and there. Taken decades ago, these are the portraits of some of the people later killed after China’s leaders declared martial law and ordered armed troops into Tiananmen Square in the heart of Beijing to break up student-led pro-democracy protests.

This week marks 30 years since a massacre that triggered shock and outrage across the world and put a bloody end to a demonstration that had expanded to more than a million people and represented the biggest threat to the dominance of the Communist Party since it had wrested power in 1949.

The photos of the dead are part of Unforgotten, a new project by the Human Rights in China (HRIC) organisation profiling the victims of the crackdown based on information gathered by the Tiananmen Mothers, a group of families who have spent the past three decades campaigning for the truth about what happened to their loved ones.

China’s government has never revealed how many died in June 1989. Estimates by human rights groups and activists range from a few hundred to thousands. In notes declassified in 2017, the British ambassador to China estimated the death toll at 10,000.

“The deaths are not just numbers,” Mi Ling Tsui, who is coordinating the HRIC project, told Al Jazeera in an interview from New York.

“The deaths are individual people. Their deaths devastated families [and] the pain and grief has not lessened over the past 30 years, because there has been no justice.”

The protesters did not only want political change; they were also frustrated at the government’s handling of the economy and the growth of corruption. Party leaders dismissed them as “counter-revolutionaries” and over the past three decades Tiananmen has become a taboo on the mainland, in what Tsui calls “enforced amnesia”.

In rare comments made on Sunday, China’s Defence Minister Wei Fenghe said the protests were “political turmoil that the central government needed to quell, which was the correct policy”.

He told the Shangri-La Dialogue in Singapore: “Due to this, China has enjoyed stability, and if you visit China you can understand that part of history.”

While the international community imposed sanctions and an arms embargo on China in the immediate aftermath of Tiananmen, then paramount leader Deng Xiaoping pushed ahead with market reforms.

As China became more integrated into the global economy, it transformed itself from economic backwater to factory of the world. At the end of 2010, it overtook Japan to become the world’s second-biggest economy.

“It has become one of the global powers,” said Li Mingjiang, an associate professor and coordinator of the China programme at the S Rajaratnam School of International Studies in Singapore.

“China is a heavyweight power in almost every respect in international relations. Thirty years ago, American political leaders didn’t see China as a challenge in any respect, but now they see China as a strong competitor and strategic rival poised to overtake the US as the most influential country in the world.”

Those who thought economic liberalisation might lead to more political freedom for China’s more than one billion people have been disappointed.

Einar Tangen, a political and economic commentator based in Beijing, says that is because China remains, despite the upheavals wrought in the post-war years, a largely Confucian society.

“There is a tendency in China not to talk about ‘bad’ stuff,” Tangen said. “They think if they talk about it, it will ‘stir people up’. They feel they have a large country and there has to be one authoritative voice about how to move forward. In a Confucian society, influence is top-down.”

Still, in 2019, China is facing renewed economic challenges with a growing wealth gap, growth forecast at its slowest pace in almost 30 years and a trade war with the United States.

That is putting pressure on the post-Tiananmen formula for stability.

“People of today think their living standards have very much improved over the past 30 years, there’s no doubt about that, but dissent has been rising,” warned Joseph Cheng, a professor at City University of Hong Kong. “You can also see that civil society is developing. But instead of promoting reform to reduce tension, the Xi Jinping administration has been adopting tightening measures that could prove counterproductive.”

Tiananmen remains one of the most censored issues in an internet and social media environment that has become increasingly restrictive since Xi Jinping became president in 2012.

“The Chinese government seems to have taken a number of lessons away from Tiananmen,” Sophie Richardson, China director at Human Rights Watch in Washington, DC told Al Jazeera.

“One was to try and avoid killing unarmed civilians and especially not do it in front of the international media. As a result, Beijing has worked hard to keep subsequent massive human rights violations – like the ongoing arbitrary detention of a million Turkic Muslims in Xinjiang – out of the world’s view.”

The United Nations human rights panel said last year it had received credible reports that more than one million ethnic Uighurs and other Muslims are being held in “mass internment camps”. The Chinese government says they are “vocational training centres” that are necessary to curb the threat of “Islamic extremism”.

Hong Kong, a British colony during the crackdown and an escape route for student leaders who led the protests, remembers Tiananmen every year.

Organisers hope some 200,000 people will attend this year’s vigil, which comes as the territory – returned to China in 1997 as an autonomous region – finds itself under unprecedented pressure from the mainland.

Publishers of books critical of the Chinese government disappeared in 2015 before turning up on the mainland where their “confessions” were broadcast on state television, while leaders of Hong Kong‘s pro-democracy movement were convicted and jailed in April for organising mass protests that took place in 2014.

Now the territory is facing an extradition bill that would allow Hong Kong-based critics of the party to be tried in the mainland. The measure has attracted vociferous opposition.

“It seems the Chinese authorities have decided to pay the price to generate a deterrent effect,” City University of Hong Kong’s Cheng said. He expects the bill to pass next month despite the attempts to stop it.

With China a major world power, HRIC’s Tsui believes it has become imperative for the country to take responsibility for what happened in Tiananmen.

“If you do not account for what you have done, it really calls into question the whole legitimacy of this government,” she said. “If it is not held to account for what it has done so brutally to its own citizens, what can it do when it’s increasingly in a position of making rules for the rest of the world to follow.”

But on Thursday, a Chinese defence ministry spokesman took exception to a journalist using the word “suppression” when asked whether the armed forces planned to mark the anniversary.

“First of all, a clarification,” Wu Qian said. “I don’t agree with you for using the word ‘suppression’. In the last 30 years, the course of China’s reforms, development and stability, the successes we have achieved, have already answered this question,” he added, without elaborating.

‘No one can erase it’

Among the photos in Unforgotten is that of Xiao Jie. Originally from Chengdu, the capital of southwestern China’s Sichuan province, the 21-year-old was studying journalism at Beijing’s Renmin University when he decided to join the protests.

After the unrest began on June 4, Xiao bought a ticket to go home. But before heading back, he decided to first return to the area around Tiananmen to take a few last pictures.

Once there, he was shot in the back. Local residents laid Xiao on the back of a cart and took him to hospital as fast as they could, but he was already dead. The bullet had pierced his heart.

In a will that he had written as he camped out in the square with hundreds of thousands of others in the weeks leading up to the massacre, Xiao apologised to his parents for being “unfilial”, according to the information collected for Unforgotten.

But he added that he had felt compelled to go to the square; to do what he felt was right for China.

“The day will come when history will recognise our value fairly,” he wrote. “History will prove that we did not let down this nation and this country.”

Both Xiao’s parents are members of the Tiananmen Mothers, whose efforts to find out the truth of what happened 30 years ago have met harassment, intimidation and even detention.

But they will not give up their fight for the truth.

Like their children, the Tiananmen Mothers believe history is on their side.

“The hard facts of the massacre are etched into history,” the group wrote in a joint statement to mark the 30th anniversary of Tiananmen. “No one can erase it; no power, however mighty, can alter it; and no words or tongues, however clever, can deny it.” 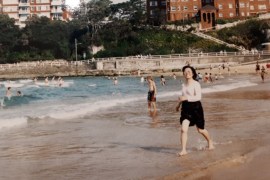 Thousands of Chinese studying in Australia at the time of the 1989 killings were allowed to stay and build new lives. 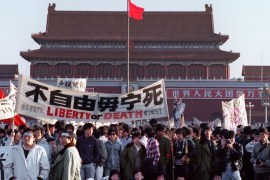