Yemen‘s Houthi rebels have launched an attack on Abha civilian airport in southern Saudi Arabia that killed one person and wounded seven others, the Saudi-led coalition battling the group in Yemen has said.

According to the Houthi-run Almasirah TV, the movement targeted Abha and Jizan airports in southern Saudi Arabia with drone attacks on Sunday.

“A terrorist attack by the Iranian-backed Houthi militia took place at Abha international airport … A Syrian national died and seven civilians were wounded,” the coalition said in a statement issued by the state-run Saudi Press Agency (SPA).

Earlier this month, a Houthi missile hit the same airport, which is located about 200 km (125 miles) north of the Yemen border and serves domestic and regional routes, in a strike that wounded 26 people.

A Western-backed coalition led by Saudi Arabia and the United Arab Emirates intervened in Yemen in 2015 to try to restore the internationally recognised government that was removed from power in Sanaa by the Houthis in late 2014.

The Houthis have stepped up missile and drone attacks on Saudi cities in the past month amid rising tension between Iran and Gulf Arab states allied to the United States.

Riyadh has accused Iran of supplying the Houthis with the weapon used in the June 13 attack on Abha airport.

Tehran and the Houthis deny the coalition charges. 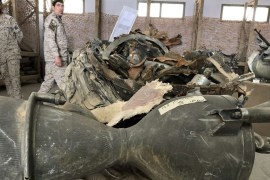 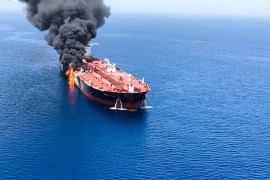