Saudi Arabia said on Sunday it shot down a bomb-laden drone deployed by the Houthi rebels in Yemen to attack an airport in the kingdom, the latest in a series of attacks targeting the kingdom.

The Saudi air force intercepted and destroyed the drone that targeted Jizan airport, close to the southern border with Yemen, the Saudi-UAE-led coalition fighting the rebels said.

“While we confirm our right to defend our country, we stress that the terrorist Houthis will pay a dear price,” said alliance spokesman Colonel Turki al-Malaki, according to the official Saudi Press Agency.

The Saudi announcement came hours after the Houthis said they used an armed drone to attack warplane runways at Jizan airport. The airport is used by thousands of civilians every day, but the coalition reported no casualties.

The attack comes after the Houthis on Thursday targeted Najran airport, also near the Yemeni border, with an explosives-laden drone.

The kingdom said the last Najran attempted drone attack was also intercepted by its air defences and destroyed.

A Houthi leader said on Sunday the group resumed drone attacks deep inside Saudi Arabia this month in response to what he called the coalition’s spurning of “peace initiatives” by the rebels.

Mohammed Ali al-Houthi also dismissed Saudi accusations the attacks had been carried out on the orders on Iran – at a time of growing tension between Tehran and Riyadh alongside its Western and regional allies.

“We are independent in our decisions and … we are not subordinated to anyone,” Houthi told Reuters news agency by phone.

He said the rebels had agreed to halt air raids last year “in good faith” and had been ready to take more steps.

“But unfortunately the aggressor countries misinterpreted these efforts [as weakness] and regarded them with contempt and indifference,” Houthi, the head of the group’s Supreme Revolutionary Committee, added.

He said the Houthis had unilaterally withdrawn from three Red Sea ports and he accused the Saudi-led coalition of failing to reciprocate.

There was no immediate reaction to his statement from Riyadh, which has not yet recognised the port pullout.

The Saudi-led coalition intervened in Yemen in March 2015 to push back an advance by the Houthis, who still hold the capital Sanaa, and to restore to power President Abd Rabbu Mansour Hadi.

Since then, the conflict has killed tens of thousands of people, mostly civilians, relief agencies say.

The war triggered what the UN describes as the world’s worst humanitarian crisis with 24.1 million – more than two-thirds of the population – in need of aid.

Earlier this month, the Houthis attacked an oil pipeline in Saudi Arabia with a series of drone attacks.

The Houthis have stepped up missile and drone attacks on Saudi cities in the past two weeks. 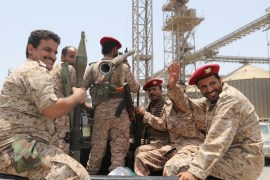 Saudi-UAE-led coalition fighting the Houthis have not confirmed the attack on Jizan airport. 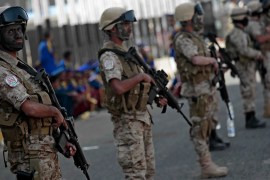 Houthi fighters launch a new drone strike on an airport along the border with Saudi, as Riyadh says it shot it down. 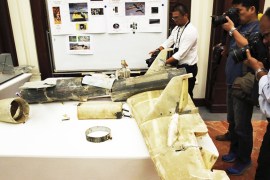