About 5.88 million eligible voters are set to vote in the Israeli elections on April 9 to elect a party that will lead the next Israeli government.

Fourteen main parties are competing for 120 seats in the 21st Knesset (parliament).

A party has to secure a majority of 61 seats out of 120 in order to form a government and choose a leader to become prime minister.

Israel has seen particularly high turn-out rates in the past, with 71.8 percent of eligible voters casting their ballots in the 2015 election.

According to polls, it’s a tight race against his main rival Benny Gantz, a former army chief who leads the centrist Blue and White party, a party merged in alliance with former finance minister and TV personality Yair Lapid.

Here’s what you need to know about Israel’s elections:

A corruption investigation involving one case of bribery and two cases of fraud and breach of trust culminated in February 2019 when Israel’s attorney general announced that he intends to indict Netanyahu.

But Netanyahu dismissed the allegations, calling it a “witch-hunt” concocted by his opponents.

Despite the charges, most younger Israelis prefer Netanyahu for prime minister over rival Benny Gantz, according to a pre-election poll by the Israel Democracy Institute.

Netanyahu currently leads the most right-wing government in Israeli history and also serves as defence minister.

Over the past decade, he’s become known as Mr Security, casting himself as the one who can best keep Israel safe in the “tough neighbourhood” of the Middle East.

During his tenure, US President Donald Trump recognised Jerusalem as Israel’s capital and recognised Israel’s claim on the occupied Golan Heights, seized from Syria in 1967, which may boost his popularity at the polls.

Along with two other former Israeli army chiefs of staff, he quickly formed the Centrist Blue and White party in February 2019 – in alliance Lapid – in a bid to unseat Netanyahu.

Gantz boasts military credentials that appeal to much of the Israeli public. He served as chief of staff during two military assaults on the besieged Gaza Strip in 2012 and 2014.

Once praised by Netanyahu as an “excellent officer” to whom Israelis owed gratitude, the prime minister has now branded his competition as a “weak leftist”.

In a bid to win right-wing voters, Gantz’s controversial campaign videos boast of killing Palestinians and sending Gaza “back to Stone Age” referencing to the air attacks the army launched in 2014.

Many have criticised him for lacking a clear political stance, including on the future of illegal settlements in the occupied West Bank.

However, as part of his platform, he has vowed to “fix” the controversial Jewish nation-state law, which defined Israel as the exclusive homeland of the Jewish people.

How the elections work

Voters will be casting their ballots for a party, not a candidate. The more votes a party gets, the more seats it obtains in the Knesset as the government is based on a nationwide proportional representation system.

A party must secure at least 61 out of a total 120 Knesset seats in order to form a government.

During elections, parties must pass an electoral threshold of 3.25 percent to gain a Knesset seat. To stand a better chance of passing this threshold, many parties form coalitions.

Once the results are in, all parties that pass the threshold then submit their choice of candidate for prime minister to President Reuven Rivlin.

Rivlin then assigns the job of forming a coalition to the party leader he thinks has the best chance of doing so. 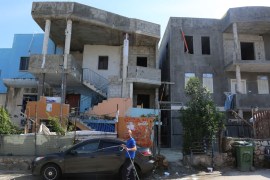 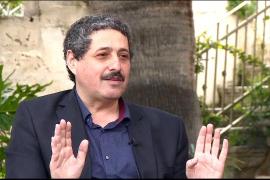 Recent polls suggest Palestinian-Israeli voter turnout could be lower than the last elections.