The accused shooter in the New Zealand mosque attacks sent Prime Minister Jacinda Ardern his 74-page diatribe against foreign “invaders” minutes before he launched the assault that killed at least 50 worshippers.

Ardern said her office and others were emailed the alleged gunman’s so-called manifesto nine minutes before the attacks began, but there wasn’t enough time to take action to stop the massacre.

“This was received by over 30 recipients nine minutes before guns were fired. Within two minutes of receipt it went to our parliamentary security,” said Ardern. “But again, by the advice of police, by the time those emails were received they were already receiving 911 calls and responding, and someone was taken into custody within 36 minutes.”

Friday’s attack, which Ardern labelled as “terrorism”, was the worst ever peacetime mass killing in New Zealand and the country raised its security threat level to the highest.

The death toll in the New Zealand mosque shootings rose to 50 after police said they found another body, as an overwhelmed hospital was forced to delay surgeries as it struggled to cope with the sheer number of wounded.

Police Commissioner Mike Bush said the body of the 50th victim was found at the Al Noor mosque, where more than 40 people had died after the attacker entered and shot randomly at people with semiautomatic rifles with high-capacity magazines, before travelling to a second mosque to do the same.

Thirty-four people were still in Christchurch Hospital, with 12 in critical condition and one child was moved to dedicated children’s hospital in Auckland.

Greg Robertson, the chief of surgery at Christchurch Hospital, said the medical staff were having trouble dealing with the enormity of the situation.

“We struggling with it as much as everyone else. This is not something that we expected to see in our environment. We do see gunshot wounds but 50 people in one day is more than what we should see,” Robertson said a news conference.

Australian Brenton Tarrant, 28, a suspected white supremacist, was charged with murder on Saturday. Tarrant was remanded without a plea and is due back in court on April 5 where police said he was likely to face further charges.

Footage of the attack on one of the mosques was livestreamed on Facebook, and a “manifesto” denouncing immigrants as “invaders” was also posted online.

The bodies of the victims had not yet been released to the families because investigations were ongoing, but police were working as quickly as they could do that, Bush said at a media conference in Wellington.

It is customary in Islam to bury the dead within the 24 hours.

“We have to be absolutely clear on cause of death and confirm their identity before that can happen. But we are so aware of the cultural and religious needs, so we are doing that as quickly and sensitively as possible,” Bush said.

Bush said police did not believe that three other people detained on Friday were involved in the attack. Two men faced charges unrelated or “tangential” to the attack, while a woman had been released, he said.

Tarrant did not have a criminal history and was not on any watch lists in New Zealand or Australia.

In a manifesto circulating online, Tarrant described himself as “Just a ordinary White man, 28 years old” who used the spoils of cryptocurrency trading to finance extensive travels through Europe over the past few years.

At a roadblock outside the Al Noor mosque on Sunday, scores gathered to lay flowers, deliver handwritten notes of condolence and mourn in silence.

Among those present were representatives of a local Maori group, which performed a haka (a ceremonial dance or challenge in Maori culture) to honour those killed.

Shane Turner, 66, said the community’s response since Friday showed “what Christchurch was about”.

“It shows how resilient we are as people, as we have been through a lot of tragedy, what with the earthquake too,” Turner told Al Jazeera, citing the 2011 quake which killed 185 people.

Others present, a number of whom lost loved ones in the shootings, described the trauma suffered by Christchurch’s Muslim community.

Waleed Washsh, a regular attendee at the Al Noor mosque, said the city’s Muslims were devastated by the loss of “so many friends, so quickly”.

“It is a small community, everyone knows everyone. There isn’t a single Muslim house here in Christchurch that wouldn’t have been affected by this,” Wahsh told Al Jazeera.

“I don’t think words can do justice to the amount of grief we are going through,” he added.

One man at the second mosque in the suburb of Linwood was hailed for distracting and confronting the attacker, preventing further deaths.

Abdul Aziz, 48, told local media he heard shooting and ran outside the mosque, shouting at the gunman and drawing him away from the building, the Newshub website reported.

Aziz, originally from Afghanistan, said he picked up one of the gunman’s discarded weapons and threatened the man, who drove off.

Police then rammed the gunman’s vehicle and arrested him.

“Those two police officers acted with absolute courage,” Bush said. “They have prevented further deaths and risked their own lives to do so.”

Church services for victims of the attack were held around the country, including at Christchurch’s “Cardboard Cathedral”, a temporary structure built after much of the central city was destroyed in a 2011 earthquake.

The majority of victims were migrants or refugees from countries such as Pakistan, India, Malaysia, Indonesia, Turkey, Somalia and Afghanistan. Muslims account for just about one percent of New Zealand’s population.

Pakistan’s high commissioner said six citizens had been killed and three were missing. 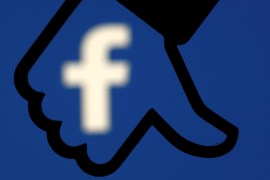 A livestream of Friday’s massacre was available to watch on various social media platforms hours after the incident. 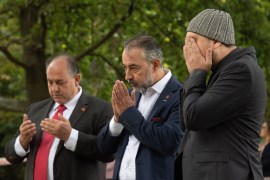