New details have emerged about a botched Israeli intelligence operation in the Gaza Strip in November 2018 that sparked deadly Israeli air strikes and Palestinian rocket fire.

Eight undercover Israeli agents – who were disguised as Palestinians and had taken the aliases of a real family in Gaza – entered the coastal enclave on November 11 last year with the objective of planting listening devices on Hamas’s private communications system, an investigation by Al Jazeera Arabic’s Ma Khafia Aazam (Tip of the Iceberg) programme revealed.

However, the Israelis were stopped and questioned by a Hamas patrol unit in Khan Younis for 40 minutes and became suspicious of their answers. A firefight broke out and the Israeli operatives used guns with silencers, immediately killing Hamas commander Nour Baraka and one of his aides, Mohammed al-Qarra.

The head of the Israeli undercover unit, named for the first time as “Meni”, was also killed.

Aired on Sunday, the programme revealed the undercover Israeli operatives to be part of the Sayeret Matkal unit, which was established in 1957 to amass intelligence behind enemy lines.

Audio recordings of the eight undercover Israeli agents during the firefight were also broadcast for the first time. One voice is heard in Hebrew asking his fellow operative “Umm Mohammed” where the weapons are, while another administers first aid to the wounded unit chief.

Israeli warplanes then pounded the Khan Younis area with air attacks to give the unit cover to escape back into Israel, where they were evacuated by a helicopter.

“The operation itself failed, there’s no doubt about it,” Amir Oron, an Israeli military analyst, told Al Jazeera. “When you send someone [on a secret mission] you do not want the other side to know of it all.”

Hamas confiscated the blue van the unit travelled in as well as the fake Palestinian ID cards.

Engineers from Hamas’s armed wing, the Izz al-Din Qassam Brigades, were able to eavesdrop on the Israeli unit and control their recordings, enabling them to identify members, their training places and specific roles, the report said.

Exclusive footage provided by the Qassam Brigades showed members of their communications unit, which oversees the security and operation of the private network from an underground tunnel.

The engineers also uncovered an Israeli spying system planted by agents underground in the Zuwaida area in central Gaza. Qassam members managed to disable the intelligence-gathering device, but several were killed in the process as it was fitted with an explosive device.

Investigations by Hamas found the Israeli unit used spyware and drilling equipment that entered Gaza under the cover of an international humanitarian organisation called Humedica.

Abu Yahya, an investigator in the Qassam intelligence service, said a man called Joao Santos – carrying a Portuguese passport and posing as a humanitarian worker – brought the equipment in after crossing through the Erez checkpoint.

“The price that Israel paid was high,” Israeli journalist and commentator Yossi Melman said. “It failed and did not achieve its mission.”

The botched operation resulted in the deadliest escalation since the 2014 war on the coastal enclave by Israel. In total, seven Palestinians were killed during the same evening of the undercover Israeli raid.

The following two days witnessed heavy fighting between Hamas and Israel, which raised fears of a fourth Israeli military offensive on the strip since 2008.

Seven more Palestinians were killed on November 13, 2018, as Israel targeted a number of residential and government-owned buildings. However, a ceasefire was brokered by Egypt that same day.

Avigdor Lieberman, Israel’s then defence minister, resigned in protest, which Hamas viewed as a “political victory for Gaza”. 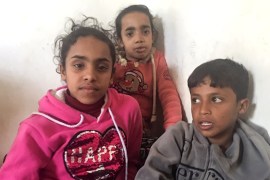 Nine members of Palestinian family were killed last month after an Israeli air raid on their home in central Gaza. 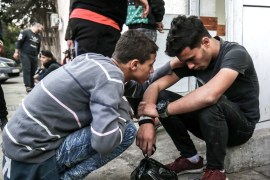 Fahd al-Astal, 16, died after being shot in stomach east of Khan Younis in southern Gaza, ministry of health said.