Members of a group that pledged allegiance to the Islamic State of Iraq and the Levant (ISIL or ISIS) have executed four Nigerian hostages held since July, the French aid group Action Against Hunger said on Friday.

The four victims were among the six hostages held by the armed fighters from the Islamic State West Africa Province (ISWAP) group in Nigeria, the Paris-based NGO said, adding that one of its staff and two drivers were among those killed.

“The armed group responsible for the kidnapping of humanitarian workers on July 18, have murdered four hostages,” the Action Against Hunger said in a statement that did not identify the victims.

Another of the hostages was killed in September.

The six, an Action Against Hunger employee, two drivers and three health ministry personnel were kidnapped while delivering humanitarian aid to vulnerable people near the town of Damasak in Borno State.

Their driver was killed in the kidnap ambush carried out by ISWAP group, which is said to be a splinter group of the armed group, Boko Haram.

“Action Against Hunger condemns these latest killings in the strongest terms and deeply regrets that its calls for the release of the hostages have not been acted upon,” the group said in its statement.

The militia comprised local hunters across the northeast along with the state-funded Civilian Joint Task Force, an armed vigilante group.

The decade-long armed uprising has killed 35,000 people and displaced about two million from their homes in northeast Nigeria.

The violence has now spread to neighbouring Niger, Chad and Cameroon, prompting a regional military coalition against the fighters.

Action Against Hunger said it is currently providing food assistance every month to approximately 300,000 people in northeast Nigeria, as well as helping thousands more with life-saving health and nutrition services. 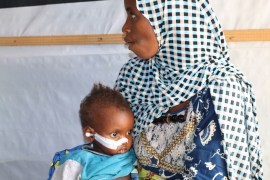 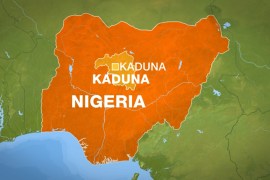 Police say the armed men also took away two staff from the boarding school south of the city of Kaduna. 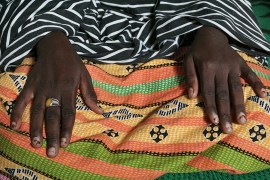 After living with Boko Haram, runaways, including wives and children, struggle for social acceptance in Nigeria.