The African Union (AU) has demanded the United Kingdom end its “continued colonial administration” over the Chagos Islands after London missed a United Nations deadline to return the territory to Mauritius.

The islands have been at the centre of a decades-long dispute over Britain’s decision to separate them from Mauritius in 1965 and set up a joint military base with the United Nations on Diego Garcia, the largest of the isles.

In a statement on Friday, the AU said it was deeply concerned by “the non-withdrawal of the United Kingdom from its colonial administration of the Chagos Archipelago”.

“The Chairperson of the [AU] Commission reiterates the support of the African Union to the Republic of Mauritius for a complete decolonization of the Chagos Archipelago.”

In May, an overwhelming majority of UN member states voted in favour of a non-binding resolution that urged the UK to “withdraw its colonial administration” from the Chagos Islands within six months – a deadline that expired on Friday – and recognised Mauritius’s sovereignty over them.

However, Britain insists it has sovereignty over the archipelago, which it calls the British Indian Ocean Territory.

“The UK has no doubt as to our sovereignty over the British Indian Ocean Territory (BIOT), which has been under continuous British sovereignty since 1814,” the Foreign and Commonwealth Office said in a statement on Friday.

“Mauritius has never held sovereignty over the BIOT and the UK does not recognise its claim,” it added.

Meanwhile, UK opposition leader Jeremy Corbyn said he would end his country’s occupation of the territory if elected prime minister in next month’s election.

“What happened to the Chagos Islanders was utterly disgraceful. [They were] forcibly removed from their own islands, unfortunately, by this country,” Corbyn, the leader of the main opposition Labour party, told The Guardian newspaper.

“The right of return to those islands is absolutely important as a symbol of the way in which we wish to behave in international law. So yes, we will carry that out,” he added.

Mauritius Prime Minister Pravind Kumar Jugnauth said Britain’s refusal to give up control of the islands was a violation of international law.

“The United Kingdom cannot profess to be a champion of the rule of law and human rights whilst maintaining an illegal colonial administration,” he told legislators on Thursday. 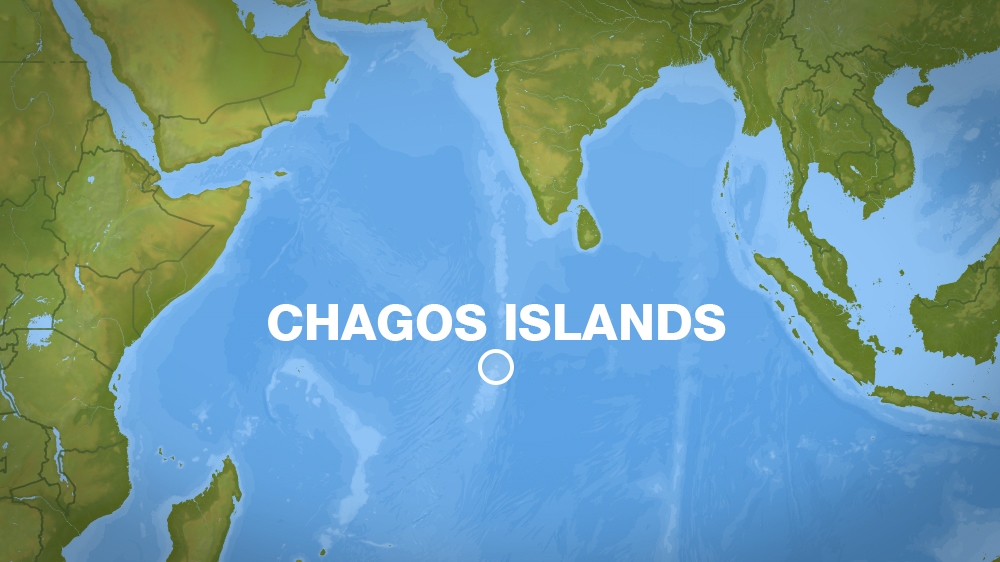 Mauritius argues the Chagos Archipelago was part of its territory since at least the 18th century and was taken unlawfully by the UK in 1965, three years before the island nation gained independence.

Britain evicted about 2,000 people from the archipelago in the 1960s and 1970s to make way for a huge US military base on Diego Garcia, which played a key strategic role in the Cold War before being used as a staging ground for US bombing campaigns against Afghanistan and Iraq in the 2000s.

The facility was used as a CIA interrogation centre after the September 11, 2001 attacks.

In February, the International Court of Justice (ICJ) handed Mauritius a victory when it said in a legal opinion that Britain had illegally split the islands and should give up control of the Chagos.

After Britain rejected that ruling, Mauritius turned to the UN General Assembly to press for action.

May’s vote was the second time in two years that Britain had to defend its ownership of the Chagos Islands at the UN.

In 2017, only 15 countries including Britain and the US voted to oppose a request for the ICJ ruling.

In 2016, Britain renewed a lease agreement with the US for the use of Diego Garcia until 2036.

Mauritius will continue to allow Washington to operate the base even if it resumed control over the islands, Jugnauth said in Parliament on Thursday.

“Mauritius has stated on various occasions that it fully recognises the importance of the military base in Diego Garcia and will take no action that will impede its continued operation,” he said.