Uruguayans have started voting in elections that might see the left risk losing the power it held for 14 years.

FA supporters credit the party with poverty reduction and progressive social reforms in what is regarded as one of Latin America’s most egalitarian societies.

The nation of 3.5 million people has practically no extreme poverty and boasts a sizeable middle class, representing more than 60 percent of the population, the World Bank observes.

Jose “Pepe” Mujica, the former leftist president between 2010 and 2015 who is known for his modest lifestyle, remains a popular figure.

Outgoing President Vazquez, who also held office from 2005 to 2010 and under whom same-sex couples were given the right to adopt children, is barred by the constitution from seeking a second consecutive term.

Many Uruguayans are now believed to want to replace the long-governing FA as the economy has stalled and crime has increased.

The government is only expecting growth of 0.6 percent for this year, while the homicide rate jumped to the double digits for the first time ever in 2018, with 11.8 killings registered per 100,000 residents.

The PN and Cabildo Abierto have campaigned on the crime issue, and a referendum on the militarisation of internal security will be held concurrently with the elections.

PN candidate Lacalle Pou is the son of former president Luis Alberto Lacalle, a fact that links him to the country’s traditional elite and could play in favour of Talvi, a new face.

Polls indicate that none of the candidates will get more than 50 percent of the vote, leading to a runoff on November 24.

Voting is compulsory in Uruguay, where voters will also elect 129 members of Congress. 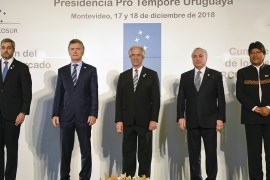 After two decades of negotiations, the new free trade agreement has become a reality. 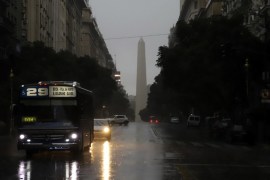 Tens of millions lost their power in Argentina and Uruguay on Sunday as Argentinian president promises investigation. 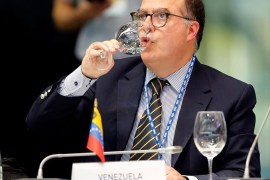 Uruguay walks out of OAS assembly over Guaido envoy inclusion

The regional group voted in April to recognise Venezuela’s opposition envoy as country’s delegate in blow to Maduro.