Lebanon announced the formation of a government on Thursday ending over eight months of wrangling amid heightened fears of a major economic collapse.

Hariri, who will head a 30-member cabinet, said bold moves were needed without delay to address chronic problems facing the heavily indebted state.

It has been a difficult political period, especially after the elections, and we must turn the page and start working

“We are facing economic, financial, social and administrative challenges,” Hariri said at a press conference in Beirut after the announcement.

“It has been a difficult political period, especially after the elections, and we must turn the page and start working,” he said.

Vicky Khoury, a member of the Sabaa Party, which emanated from the civil society movement, said the new government should first “kick-off the economic wheel”. It should “carry out economic and social reforms”, he told Al Jazeera.

‘Makeup of the cabinet’

Lebanon has seen over a dozen protests this winter with people demanding a better future.

“People are concerned about the economic situation and about their basic needs such as free public healthcare, infrastructure and schools,” said Khoury, who himself has been protesting in front of the ministry of labour and health.

The new government will include most of Lebanon’s rival factions, who have been negotiating over the makeup of the cabinet since the May 6 election that saw allies of the Iran-backed Hezbollah group gain ground.

The new cabinet line-up will see four women take office, including the interior and energy ministries.

Gibran Bassil is to remain as foreign minister, while a senior official said Ali Hassan Khalil will stay on as finance minister.

A source familiar with the government formation talks said Hezbollah had chosen Shia doctor Jamil Jabak, who is not a member of the group, as health minister.

By picking the health minister, the Hezbollah armed group will be moving beyond the marginal role it played in past governments; the ministry has the fourth-biggest budget in the state apparatus, the outgoing health minister has said.

Hezbollah, which is designated as a terrorist group by Washington, also has two other cabinet seats.

Since the election, Hariri’s last government, appointed in late 2016, has continued in a caretaker capacity.

Hariri lost more than a third of his MPs in the May election but kept his status as the leading Sunni Muslim and so returns as prime minister, a position reserved for his sect.

Al Jazeera’s Zeina Khodr reporting from Beirut said that forming a government isn’t an easy process when it comes to rival politicians agreeing on the distribution of seats in Lebanon’s sectarian-based power-sharing agreement.

Many observers believe France – as a former colonial power which still has influence in the country – played a significant role in forming the government, Khodr noted.

Hezbollah, an ally of Iran and Syrian President Bashar al-Assad, remains a strong political player in the country divided along sectarian lines.

“Hezbollah and its allies control parliament, control political power in this country and that means by extension Iran and its ally, the Syrian government, who really have influence over Lebanon,” Khodr said.

Lebanon is governed by a complex system which aims to maintain a precarious balance of power across religious and political communities.

But finding that equilibrium in government cabinets often takes time. In 2009, it took Hariri five months to form a government, while his successor Tammam Salam took a whole 10 months after he was nominated in 2013. 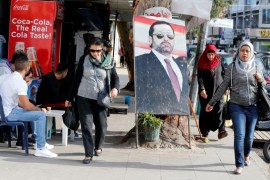 Is Lebanon caught in a Saudi-Iran regional power play? 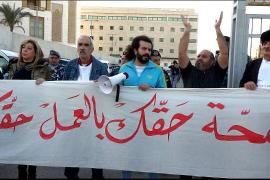 Fiscal reforms are needed but Lebanon has been without a functioning government since elections in May. 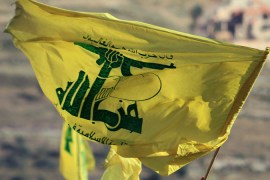 Seven months after general election and amid economic crisis, leaders are still at odds on how to form the cabinet.