A humanitarian group has warned that a ceasefire agreed in Yemen’s key port city of Hodeidah is on the verge of collapsing, as a retired Dutch general in charge of the truce stepped down from his role.

The US-based International Rescue Committee said on Tuesday that recent clashes in the city between Houthi rebels who control it and pro-government forces backed by a Saudi-led coalition have increased dramatically since last week.

“In recent days, with clashes erupting inside Hodeidah and both parties accusing each other of violations, the agreement is increasingly in peril,” Frank McManus of the group said.

The developments threaten to unravel a ceasefire and prisoner swap signed in December, the group said, urging the international community to step up pressure on the warring parties to stick to their commitments.

The warning comes a day after the United Nations envoy for Yemen urged warring sides to withdraw their troops from the city – a lifeline for millions of Yemenis facing starvation.

Martin Griffith on Monday said that the expected timeline for the truce and the prisoner swap has been pushed back.

‘Doubts from the very beginning’

The two parties, who have been at war for four years, agreed at the talks to a mass prisoner swap and an ambitious ceasefire pact in Hodeidah, the Red Sea city home to the impoverished country’s most valuable port.

The UN Security Council this month unanimously adopted Resolution 2452, which calls for the deployment of up to 75 monitors to oversee the fragile ceasefire and pullback of forces from Hodeidah.

Griffiths, who was in rebel-held Sanaa on his third trip to Yemen this month, also briefly visited Hodeidah on Tuesday.

Al Jazeera’s Hashem Ahelbarra said there were doubts from the very beginning about the feasibility of the ceasefire agreement being implemented.

“The idea was basically when they agreed to the ceasefire in Sweden and on confidence-building measures, they failed on both things,” Ahelbarra said.

“There was no prisoner exchange which was supposed to take place a few weeks ago and they couldn’t maintain the ceasefire or get the Houthis to pull out from Hodeidah.”

“General Cammaert’s plan was to stay in Yemen for a rather short period of time to… lay the ground for establishing the Hodeidah mission,” he said.

Cammaert arrived on Saturday in Yemen.

The Yemen conflict has killed some 10,000 people since a Saudi-led military coalition intervened in support of the beleaguered government in March 2015, according to the World Health Organization.

The war has pushed 14 million Yemenis to the brink of famine in what the UN describes as the world’s worst humanitarian crisis. 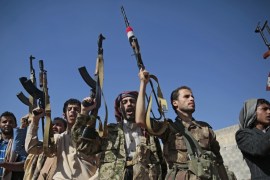 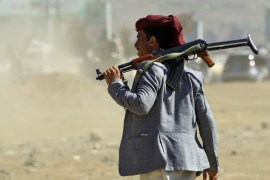 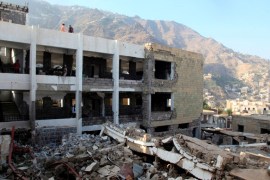