Authorities in the Democratic Republic of the Congo (DRC) are racing to contain the Ebola virus after an infected man with a large family contaminated several people amid fears the epidemic could last two to three years in the country.

“The gold miner … will have contaminated several people, but for the moment it is only his wife and one of his 10 children who are sick,” the government’s Ebola response coordinator Jean-Jacques Muyembe said on Friday.

Muyembe said the wife of the miner, who died of Ebola in eastern DRC, tested positive for the disease – the fourth case confirmed in Goma, capital of North Kivu province which is where the outbreak started.

The miner’s one-year-old daughter was confirmed on Thursday to have contracted the virus.

Meanwhile, the World Health Organization (WHO) on Friday said seven relatives of the gold miner have been placed under surveillance as a precaution in Goma,

The seven had sparked a scare on Wednesday after travelling from Goma to the town of Birava in neighbouring South Kivu, a province that has so far escaped the year-old epidemic

“All seven were vaccinated and brought back to Goma. We put them up in a hotel last night and today we put them in an apartment to keep them there for monitoring,” WHO’s Ebola coordinator Dr Boubacar Diallo told the AFP news agency.

Officials are now trying to trace anyone who came into contact with the gold miner.

Muyembe said an estimated half of cases of Ebola – which has killed at least 1,823 people since the outbreak started a year ago – were going unidentified.

“If we continue on that basis, this epidemic could last two or three years,” he told a news conference in Goma.

Reporting from Nairobi in Kenya, Al Jazeera’s Malcolm Webb said Muyembe was among the scientists who first discovered the Ebola virus in the DRC in the 1970s.

Webb said Muyembe’s appointment a week ago as the DRC government’s Ebola response coordinator is being seen as a “positive move that the response is being taken from the politicians and given to the scientists”.

This is the second-worst Ebola outbreak on record, after a 2013-16 West African epidemic infected 28,000 people and killed 11,300, mostly in Liberia, Guinea and Sierra Leone.

The WHO last month elevated the outbreak status to a global health emergency.

On Thursday, neighbouring Rwanda closed its border with the DRC amid concerns over the spread of the disease, a move criticised by health officials.

“When you close borders … two things happen: first you get panic, people see this as a signal to start panicking,” WHO spokesperson Margaret Harris told reporters in Geneva.

“Second, people who do have symptoms go underground … so we are even less likely to detect where this virus is moving,” she said.

The Ebola virus causes fever, vomiting, bleeding and diarrhoea, often followed by kidney and liver failure, killing more than half of its victims. 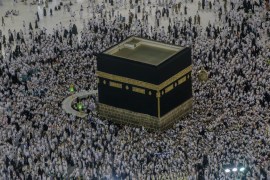 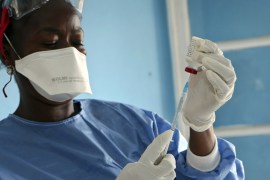 Drugmaker set to ship experimental vaccines by end of next month as DRC struggles to contain the virus.