The number of asylum-seekers attempting to cross the Hungarian border has plummeted following a series of anti-migrant measures passed by Prime Minister Viktor Orban and his nationalist government.

In the first six months of the year, border police either turned away or arrested more than 3,000 migrants and refugees, according to data released on Thursday by local rights monitor group the Hungarian Helsinki Committee (HHC).

That figure is down from more than 40,000 in the 18 months prior as a result of “push-backs”, a process that allows border police to physically remove asylum seekers within 8km of the border without due process.

Hungary has in recent years become a less viable option for asylum seekers fleeing war-torn Middle Eastern countries, following a slew of laws making it nearly impossible for migrants and refugees to resettle there.

According to the HHC, Hungary accepted just 430 asylum applications from January to July, down from 3,397 for all of 2017, while granting asylum to only 310 migrants compared with 1,216 during the same period.

In addition to stricter border laws and a 175-km wire fence along the Hungarian-Serbian border, Hungary this year also passed the “Stop Soros” bill, which allows for the imprisonment of anybody aiding undocumented migrants.

“As a result, a lot of people have decided to give up,” Andras Lederer, information and advocacy officer for the Hungarian Helsinki Committee’s refugee programme, told Al Jazeera.

“They literally grab someone, put them in a police car, drive them to the border and push them out,” he said.

“You can’t appeal against it. The whole thing takes 15 to 20 minutes and there is nothing the people can do about it.”

Orban’s hardline stance and subsequent crackdown on migrants and refugees have been heavily criticised by numerous rights groups and international organisations, including the UNHCR and the Council of Europe’s Human Rights Commissioner as a violation of fundamental human rights.

The so-called “push-back” laws passed in July 2016 allow police to engage apprehended asylum seekers. Rights groups have cited hundreds of claims that such removals are often violent and can occur nowhere near the borders.

“The key thing here is that no matter what legislation they pass, the government is trying to deter people from coming into Hungary, whether it’s through the practice of violently pushing people back across the borders, or making life miserable for those who do get into the transit zones,” said Lydia Gall, Eastern EU and Balkans researcher at Human Rights Watch (HRW).

Last month, HRW reported Hungarian authorities had stopped food distribution for rejected asylum seekers held in transit zones on the country’s border with Serbia, something that its Immigration and Asylum Office later argued it was under no obligation to provide.

“Hungary is not responsible for those who have not requested asylum and those whose requests have been denied. There’s no free lunch for illegal immigrants,” government spokesman Zoltan Kovacs wrote in a post. 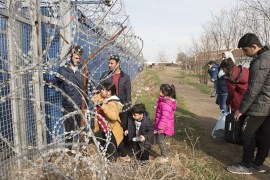 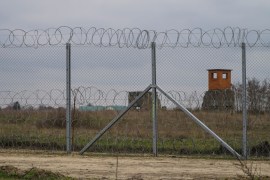 Hungary follows US in pulling out of UN migration pact 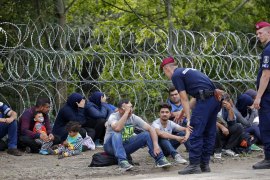 Set of controversial laws imposes jail terms on anybody seen to be aiding undocumented immigrants.