Facebook has said that up to 87 million of its users may have had their data accessed in the Cambridge Analytica scandal, almost double the number previously reported.

The announcement came on Wednesday in the second-to-last paragraph of a statement by Mike Schroepfer, Facebook’s chief technology officer.

The social media giant is facing scrutiny over its data collection following allegations that the political consulting firm Cambridge Analytica obtained data on tens of millions of Facebook users to try to influence elections.

Mark Zuckerberg, the company’s chief executive officer, is set to testify before the US Congress on April 11 for the first time.

Frank Pallone, US representative from New Jersey, said on Wednesday: “[The hearing] will be an important opportunity to shed light on critical consumer data privacy issues and help all Americans better understand what happens to their personal information online.”

Also on Wednesday, Facebook announced it was updating its terms on privacy and data sharing to give users a clearer picture of how the social network handles personal information.

“We’re also not changing any of the privacy choices you’ve made in the past. We explain how we use data and why it’s needed to customise the posts and ads you see, as well as the groups, friends and pages we suggest.”

The Facebook executives wrote that “we will never sell your information to anyone” and impose “strict restrictions on how our partners can use and disclose data”.

The statement said the new terms will offer better information on how Facebook advertising operates as well.

“You have control over the ads you see, and we don’t share your information with advertisers,” the statement said. “Our data policy explains more about how we decide which ads to show you.”

Egan and Beringer said Facebook would go further in explaining how it gathered information from phones and other devices.

“People have asked to see all the information we collect from the devices they use and whether we respect the settings on your mobile device (the short answer: we do),” they wrote.

Users may offer feedback on the new policy for seven days before Facebook finalises the new rules and asks its members to accept them.

An expert has investigated the data that two internet companies possess and warns others on extent of privacy intrusion. 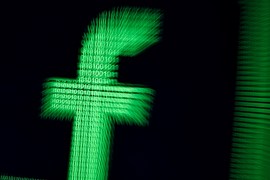 The move comes as the social media platform faces criticism because of alleged mishandling of data. 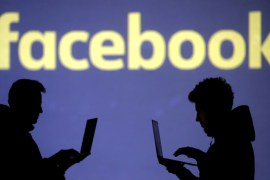