Philippine President Rodrigo Duterte has unleashed a barrage of insults against international human rights officials, calling a UN special rapporteur “malnourished”, and referring to an International Criminal Court (ICC) prosecutor as “that black woman”, prompting the UN human rights chief to call for his “psychiatric evaluation”.

“It makes one believe that the president of the Philippines needs to submit himself to some sort of psychiatric evaluation,” Zeid said.

“This is absolutely disgraceful that the president of a country could speak this way, using the foulest of language against a rapporteur that is highly respected.”

Zeid was referring to Agnes Callamard, who is leading a UN investigation into the extrajudicial killings related to Duterte’s drug war.

In a speech to Philippine government officials on Wednesday, Duterte said that international human rights agencies have no jurisdiction over him, before uttering the sexist and racist invectives.

“Don’t f**k with me, girls,” he said, calling Callamard “skinny” and “malnourished”, while referring to the ICC prosecutor Fatou Bensouda as “that black woman”.

The ICC has separately initiated legal steps to investigate Duterte for possible crimes against humanity related to the deadly drug war.

That number is being disputed by government officials, who insisted only 3,967 “drug personalities” were killed for resisting arrest during legitimate police operations between July 1, 2016, and November 27, 2017.

In Wednesday’s speech, Duterte repeated his assertion that he needs to protect the country from the growing menace of drug addiction, which he said has afflicted at least 1.6 million Filipinos.

“Look at the crime rate! Who are the victims? Kids. Drug addicts raping a six-month-old baby,” he said.

“Son of a b***h, I will really kill you. You do not deserve a minute longer.”

Addressing the ICC, Duterte called the international body, “foolish”, adding “I don’t know if they even passed the law examination, these devils.”

Duterte had been under fire several times for making misogynistic comments against female critics and making jokes about rape.

In February, he also said that female communist rebels should be shot in their genitals.

Florin Hilbay, former chief legal counsel of the previous Philippine government, noted the irony of Duterte’s comments on the eve of the International Women’s Day.

“We must continue to call out language that insults and demeans women,” Hilbay wrote on social media.

“This is not who we are, as men and as Filipinos. Politics must uplift, not debase.”

He also condemned a statement issued by a Duterte spokesman, who said Callamard is welcome to “swim in Pasig River”, a highly polluted body of water in the Philippine capital, if she comes to Manila to do the investigation of the deadly drug war. 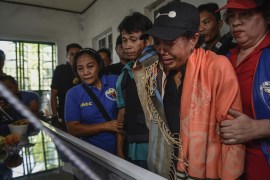 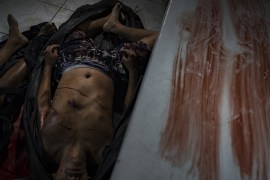 The Philippines will allow an investigation into alleged human rights abuses in its bloody war on drugs, but not if it is conducted by the United Nations’ current special rapporteur on extrajudicial killings, a senior official said on Tuesday. More than 30 mostly Western countries have called on the Philippines to allow the UN expert, […] 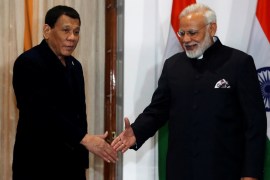