The widow of Omar Mateen, the gunman who killed 49 people at a gay nightclub in the US state of Florida, has been acquitted of two charges related to the June 2016 attack.

Jurors at the court in Orlando on Friday found Noor Salman not guilty of obstruction of justice, and for providing material support to Mateen before the mass shooting, one of the deadliest in modern US history.

Federal prosecutors said Salman, 31, had advance knowledge of the crime, and then aided and abetted her husband in providing material support and resources to the Islamic State of Iraq and the Levant (ISIL, also known as ISIS).

A guilty verdict would have meant a lifetime behind bars for Salman.

The Orlando Sentinel news website described her to be in tears following the verdict.

The 12-member jury reportedly delivered its verdict after deliberating for 12 hours.

Under the US jury system, a judge oversees the selection of a group of civilian individuals, who will then unanimously decide the culpability of an accused person.

During the June 12, 2016, attack at Pulse nightclub, Mateen was reported to have pledged allegiance to ISIL in a call to an emergency police hotline.

Mateen was killed in a gun battle with Orlando police during the attack. Aside from the 49 deaths, another 53 people were also injured.

At the time of the incident, Mateen and Salman lived in a coastal city south of Orlando.

In an interview with the New York Times months after the deadly shooting, Salman had said that she knew her husband watched ISIL-related videos but added that she was “unaware of everything” about his intent to kill people at the nightclub.

She also claimed that she was physically abused by Mateen.

During the trial, Linda Moreno, one of Salman’s lawyers, told reporters that her client “had no foreknowledge, nor could she predict what Omar Mateen intended to do that tragic night”.

The Orlando Sentinel quoted Sara Sweeney, one of the prosecutors, as saying they were “disappointed” in the jury’s verdict but “respect” it.

The shooting sparked a debate about gun safety, an issue that has attracted new attention in the US following the killing of 17 people last month in a mass shooting at a high school in another part of Florida. 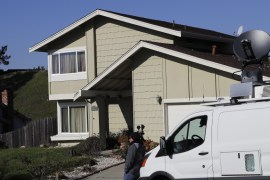 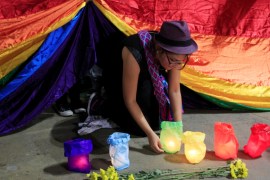