Turkey says a planned buffer zone in the northwestern Syrian province of Idlib has been cleared of heavy weapons as part of a deal reached between Moscow and Ankara, but experts say Ankara still has more challenges ahead.

The National Liberation Front (NLF), an umbrella organisation of Turkey-backed rebels that includes the Free Syrian Army, confirmed to Al Jazeera that it had completed the process of withdrawing its heavy weapons from Idlib, the last rebel-held bastion in Syria.

“Our heavy weapons – including tanks and cannons – have been moved to the back lines of the de-militarised zone so that they are no longer a target for the Russian warplanes,” NLF spokesperson Naji al-Mustafa, told Al Jazeera.

“We will remain in our defence lines with our small arms and light weapons,” al-Mustafa said.

The agreement, signed on September 17 in the Russian resort city of Sochi, aims to stave off a large-scale assault on Idlib by the Syrian government and Russia by creating a 15-20km buffer zone.

The zone – expected to be completed by October 15 – is meant to stretch from neighbouring Latakia’s northern suburbs all the way to the outskirts of Aleppo’s northwestern region.

The United Nations has warned that a government-led attack on Idlib would create a humanitarian disaster in the region, home to nearly three million people, half of whom are internally displaced from previous offensives.

While previous operations ended with negotiated transfers of fighters and their families to the north, an offensive in Idlib will leave residents with an ultimatum; either to cross over to Turkish-controlled territory or to live under the control of Bashar al-Assad’s government once again.

Over the past few days, Turkey has sent reinforcements to its 12 observation posts scattered across Idlib, which it established earlier this year as part of a de-escalation agreement, and dispatched troops to patrol the buffer zone.

According to the deal, Turkish and Russian forces will oversee security in the area – but it remains unclear whether Russian troops will be patrolling the rebel-held side of the zone.

Observers say disarming the zone is only one aspect of the agreement, which also requires the withdrawal of all so-called “radical” fighters from the area by October 15.

This includes hardline Hay’et Tahrir al-Sham (HTS), which is dominated by a rebel faction previously linked to al-Qaeda.

“There are still clauses in the agreement that are open to various interpretations by either the Turks or the Russians,” Ahmed Abazeid, an Istanbul-based Syria researcher, told Al Jazeera.

“The deal is basically a long-term negotiation tactic between the two countries,” he said.

Aside from the Turkish-backed rebel coalition, HTS – which has a large number of foreign fighters – is among Idlib’s dominant rebel forces.

In 2016, it was designated a terrorist group by Russia and thus was never included in ceasefire deals and de-escalation attempts.

The HTS has not revealed its stance on the Sochi agreement since it was signed. While it agreed to withdraw its heavy weapons from the zone outlined by the agreement, it would not state that it had formally agreed to do so, activists on the ground confirmed to Al Jazeera.

The move highlights HTS’ attempt to remain on Turkey’s “good side”, Abazeid, also an expert on armed groups in Syria, said.

“HTS will do what Turkey says to gain its blessing because they may be a threat in a next phase of this war,” he said.

But HTS’s presence in itself remains a threat to the agreement, despite their decision to disarm, since Russia has cited their presence in the past as the reason for attacking parts of Idlib.

The zone – sandwiched between Latakia in the west and Aleppo in the east – covers tens of villages, most notably the Jisr al-Shughour district, which has come under government bombardment in the past, as well as villages in the neighbouring Hama governorate.

Between these villages are defence lines or points guarded by either one or multiple factions – including factions under the NLF and HTS.

“There aren’t many towns or villages controlled exclusively by HTS,” Ahmed Husseinat, an activist in Jisr al-Shughour, which is controlled by both the NLF and HTS, told Al Jazeera.

This is why isolating HTS and other smaller groups is a complex task facing Turkey at this time, Marwan Kabalan, director of the Arab Center for Research and Policy Studies, told Al Jazeera.

According to Kabalan, Turkey has so far succeeded in dividing HTS into two groups – the more “pragmatic” group of Syrians who are keen on protecting their families and local communities from a potential Russian assault and a second group of primarily foreign fighters.

Nour al-Din al-Zinki spokesperson Mohammed Adib told Al Jazeera that HTS launched the attack, saying they were “looking for someone who works for the government”.

“We were surprised to see them surround Kafr Halab on Friday morning … this is the excuse HTS uses every time they launch an aggressive move against any town or village in the area,” Adib said.

While Adib believes the attack was aimed at gaining more ground, experts say it was merely a “power move”.

“HTS still wants to prove it is capable and here on the ground even after Sochi – to show they’re not disintegrated,” Abazeid said.

Turkey is still undecided on the way forward to dissolve HTS, but Kabalan says the end game for Russia is to try to achieve its objectives through diplomacy and pressure instead of military force.

“This is why I believe the agreement will hold,” he said.

But Abazeid says differences over how to secure key routes may still jeopardise the deal.

Russia and the Syrian government want to establish control over two major highways passing through the region – the M4, which connects the port city of Latakia to Aleppo and oil-rich province of Deir Az Zor; and the M5, which links the capital Damascus to Aleppo, and eventually to the trade route to Turkey and Europe.

The upcoming phase will also determine whether Turkey will agree to a “soft” government comeback to the province.

“It is for all of these undecided reasons that a fully-fledged assault is still possible,” said Abazeid.

“The excuse will always be the presence of terrorist organisations.” 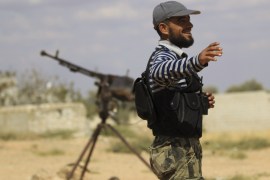 The move is part of a deal signed between Russia, a Syrian government ally, and Turkey, which backs the rebels. 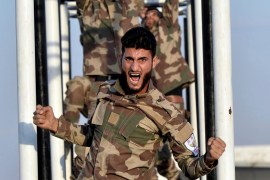 Russia, Turkey agree on borders of demilitarised zone in Idlib 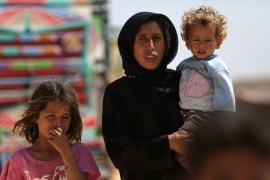 Erdogan and UN warn of human catastrophe in Idlib

Turkish leader urges world to stop Syrian army attacks on Idlib, as UN says 30,000 have been already displaced there.