Once described as the “greatest living Canadian”, neurosurgeon Wilder Penfield would have been 127 years old on January 26.

Penfield is recognised for his advances in mapping the brain and for the groundbreaking epilepsy treatment known as the Montreal Procedure.

Today, Google is changing its logo in 13 countries to a doodle, or illustration, in his honour.

Despite his success and achievements, he was not able to save his only sister, Ruth, who died from brain cancer, although complex surgery he performed added years to her life. This is his story:

A fitting image! #WilderPenfield playing in the snow with his kids, 1922 from our Wilder Penfield Digital Collection https://t.co/hou3PwrCn1 pic.twitter.com/yA6ztq5kDY 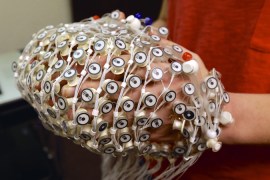 How scientists in the US are attempting to keep football players safer from concussions.