Hurricane Maria, the second major storm to hit the Caribbean this month, has left at least 15 people dead and 20 more missing in Dominica, the small island nation’s prime minister said.

Roosevelt Skerrit confirmed the death toll on Thursday, which puts the total casualty figure from Maria to at least 25 across the Caribbean.

“So far, we would have buried in excess of 15 people,” the prime minister told a television network of neighbouring Antigua and Barbuda.

Maria made landfall on Dominica as a Category 5 storm late on Monday night, destroying hundreds of homes and cutting off the mountainous island’s communication systems and shutting its two airports. It was later downgraded to a Category 4 storm.

Skerrit himself had to be rescued during the hurricane, which blew the roof off his residence on the island, home to about 72,000 people.

“Dominica is going to need all the help the world has to offer,” Skerrit told reporters.

He added: “We have to join forces to do what we can, to mobilise support to the family and friends back in Dominica. It is going to require the support of every single one of us, individuals, countries, institutions, organisations.”

Al Jazeera’s Gabriel Elizondo, reporting from Punta Cana, on the eastern tip of the Dominican Republic, which is 1,000km from Dominica, said Skerrit “has painted a very grim picture of what his country faces”.

“Making matters worse is the fact that both of the airports on the island are badly destroyed and still completely closed, so they have not been able to get any sort of intensive rescue or aid personnel into Dominica,” he said.

The storm wreaked havoc in Puerto Rico, cutting power to almost all the island.

“It could go on for weeks, if not months, because the entire power grid has been wiped out.”

Maria is the fourth major Atlantic hurricane of the year and the US National Hurricane Center (NHC) says it is following a similar path as that of Irma, a mega-storm that broke weather records and killed dozens of people in the Caribbean and the US state of Florida earlier in September.

Maria is now moving off the coast of Dominican Republic and heading in the direction of the Bahamas and Turks and Caicos islands. 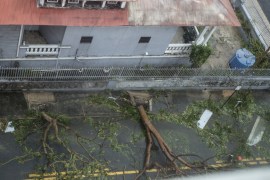 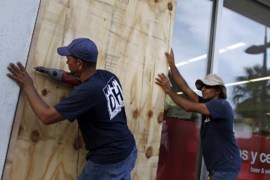 The Caribbean has been hit by another Category 5 hurricane which now has other islands in its sights.