An increase in internet shutdowns since Prime Minister Narendra Modi took office in 2014 has raised questions about online rights under his Bharatiya Janata Party (BJP).

Government officials ordered 42 internet shutdowns between January and August, compared with six in all of 2014, according to data from the New Delhi-based advocacy group Software Freedom Law Centre (SFLC).

Internet suspensions typically follow incidents of civil unrest, which have included protests by a minority group calling for more government jobs and public violence caused by a Facebook post.

Nalin Kohli, a national spokesperson for the BJP, said suspending access to the internet was acceptable in cases “where rumour-mongering or motivated misinformation could lead to the incitement of violence”.

“It is not the norm, it is the exception,” said Kohli.

Internet suspensions have affected 11 states this year compared with just one in 2012, according to SFLC data.

READ MORE: Is free speech under threat in Modi’s India?

Internet disruption can last from several hours to several months. It has so far incited little dissent in India, apart from frustration expressed by internet users.

“These things leave you feeling like you don’t know what’s going on,” said Harsh Madhok, a clothing store owner based in Jaipur, after a two-day internet shutdown.

Officials cut internet services in the city on September 9 after a traffic incident led to clashes between locals and police.

Modi’s party won elections in 2014 with an emphasis on security, but some are concerned the government is using internal security as a justification for hampering freedom of expression.

Until this year, internet shutdowns were implemented under colonial-era curfew laws. New rules issued by the Ministry of Communications in early August formalised the state and central government’s authority to block internet services.

“These rules are among the first of their kind in a democracy,” said Raman Jit Singh Chima, policy director of Access Now, a US-based digital rights group. “How they’re used and their scale – they seem to be creating an architecture where blocking is legitimised.”

Previous bans on mobile internet services in Indian-administered Kashmir, where about 100 people have died in clashes since a separatist commander was killed in July 2016, were condemned by the Office of the UN High Commissioner for Human rights as having “the character of collective punishment”. 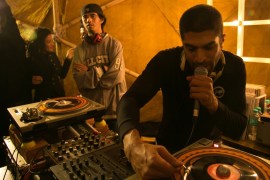 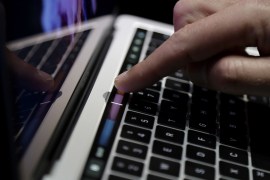