Al Jazeera has denounced a threat by the Israeli Prime Minister to close the network’s Jerusalem office, saying it will continue to cover events in the Palestinian territories professionally and objectively.

Al Jazeera “denounces such arbitrary accusations and hostile statements”, a press release from the network said.

Netanyahu’s comments mark “yet another episode of the ongoing vicious attack” against Al Jazeera, the statement read, referring to calls by a Saudi-led group boycotting Qatar to close the network.

“Al Jazeera stresses that it would take all necessary legal measures in case they act on their threat,” the statement continued.

“The network moreover reiterates that it will continue covering the news and events of the occupied Palestinian territories, and elsewhere, both professionally and objectively.”

His latest comments come amid a major fallout between Israeli authorities and Palestinians over al-Aqsa Mosque.

“The Al Jazeera network continues to incite violence around the Temple Mount,” he wrote on social media late on Wednesday, referring to recent events at the holy site in Jerusalem known as Temple Mount to Jews.

“I have appealed several times to law enforcement authorities demanding the closure of the Al Jazeera Jerusalem office,” he continued. “If this does not happen because of legal interpretation, I will work to legislate the required laws in order to remove Al Jazeera from Israel.” 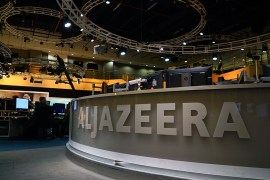 Any call for closing down or obstructing access to our channels is an attempt to silence freedom of expression. 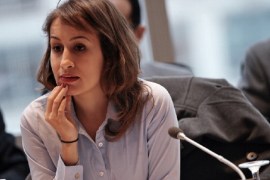 Rights activist and blogger on censorship and the state of media six years after the revolution that shook the world.