Science is not a belief system: it is repeatable, testable experimentation leading to a working theory. The science behind climate change is basic and can be learned during childhood schooling.

That the climate change exists is certain – ice ages, dinosaurs, coal deposits, oil; all these are evidence of a very different climate in previous years.

The question is whether humanity is now causing another change.

The main arguments are:

Methane is 32 times more potent than carbon dioxide in absorbing the sun’s heat, but carbon dioxide is by far the most abundant greenhouse gas. Methane is calculated as producing approximately 25 percent of measured atmospheric warming but ultimately, over about 10 years, it breaks down in the atmosphere into carbon dioxide and water.

Greenhouse gases do what you think – they act as a greenhouse in trapping the sun’s heat.

The more greenhouse gas, the more trapped heat. The current level of carbon dioxide in the atmosphere has been measured on a mountain in Hawaii as 400 parts per million.

This measure is higher than at any time in humanity’s history. Trapped gas in ice cores gives us the ability to check this and measure historical levels back to 800,000 years.

Why does it matter if greenhouse gases increase?

The Earth’s atmosphere and oceans are a linked heat engine. The sun gives it heat, the environment benefits, and we are happy in our greenhouse. If the greenhouse warms up, it becomes less comfortable.

Weather is short-term climate, and weather systems are created from the energy within the earth’s atmosphere. If that energy is increased, in other words if the temperature rises, the weather changes.

The most obvious changes are new records for high temperature, increased violence of storms and erratic occurrence of seasonal weather.

If the air warms, so does the ground. Siberia’s permafrost is melting.

Does that matter? For the local inhabitants, the answer is “yes”, their houses sink and hard ground becomes a swamp.

For the world, the answer is also “yes”, permafrost has trapped within it gigatonnes of methane. Melting permafrost releases methane and, as mentioned earlier, methane is 32 times more effective than carbon dioxide at holding the sun’s heat.

The Paris Agreement seeks to reduce greenhouse gas emissions by all countries within the United Nations. It has set a goal of limiting global warming to below two degrees Celsius. This is unlikely to be achieved because the Earth reacts slowly and we have already emitted enough carbon dioxide to lift the average temperature by more than 2C.

Such is the scientific consensus that humanity has indeed changed the climate, over and above any natural process, that a new period in the Earth’s history, the Anthropocene, has been suggested.

The Anthropocene is a proposed epoch dating from the start of significant human impact on the Earth’s geology and ecosystems. 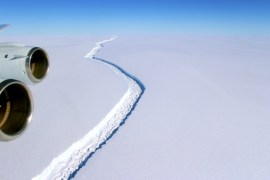 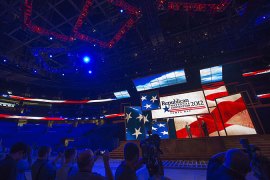 Why do many Republicans distrust scientists?

As Todd Akin stirs up a storm over his ‘legitimate rape’ remark we ask why many Republicans’ have issues with science.