The safe zones that regional powers have agreed to create in Syria will be closed for military planes of the international US-led coalition, Russia’s envoy to Syria talks said.

Turkey and Iran agreed on Thursday to Russia’s proposal for “de-escalation zones”, a move welcomed by the United Nations but met with scepticism from the United States and Syrian rebel groups.

Speaking from the Syria summit in the Kazakh capital, Astana, on Thursday, Russian envoy Alexander Lavrentyev said that Syrian government fighter jets are also not expected to fly over the “de-escalation” zones for six months.

Russian military aircraft will refrain from flying over such areas, he added, unless there are what he described as attempts to destabilise the situation.

Al Jazeera’s Jamal Elshayyal said the “de-escalation zones” are likely to be created in Idlib, the Turkmen mountains, parts of Homs governorate, areas on the outskirts of Damascus – including Ghouta – and in Deraa in the south.

With the air space closed over these so called safe areas, they would become de facto no-fly zones. Calls for such a measure have been made numerous times by opposition members, but it has never been imposed until now.

Previous regions considered for no-fly zones were the border areas with Jordan and Turkey.

Military analysts estimated that the no-fly zone imposed over Iraq in 1991 helped save countless lives. It is unclear though who will be responsible for policing the air space and what the consequences would be for breaking the interdiction.

The latest round of Syrian peace talks in Astana is sponsored by opposition supporter Turkey and Syrian government backers Russia and Iran.

Neither the Syrian government, nor the opposition had signed the de-escalation zones agreement. Representatives of several rebel groups say they cannot accept Iran as a guarantor of the deal.

The negotiations in Astana are viewed as complementary to broader United Nations-brokered talks in Geneva on a political settlement, but neither have yielded real progress as of yet. 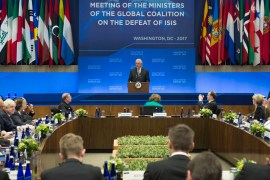