Up to 30 million Kurds, who are mostly Sunni Muslims, do not have an official country or homeland.

After the collapse of the Ottoman Empire nearly a century ago, Kurds dispersed into mostly four nations (Turkey, Iraq, Syria and Iran). They have pursued autonomy or independence.

In each of the four nations, Kurds have had years of unstable relationships with governments.

In 1992, the Kurdistan Regional Government (KRG) was formed by the Kurdistan National Assembly, the first democratically elected parliament in Kurdistan (and in Iraq).

The KRG, which is a secular government, is modeled along the lines of a modern independent nation-state in a federation with the rest of Iraq.

Today at least 5.2 million people live in Iraqi Kurdistan, according to the KRG.

The government has its own parliament, military (the Peshmerga), borders and foreign policy.

The infographic below shows where the Kurds live and who the major Kurdish factions are in the region. 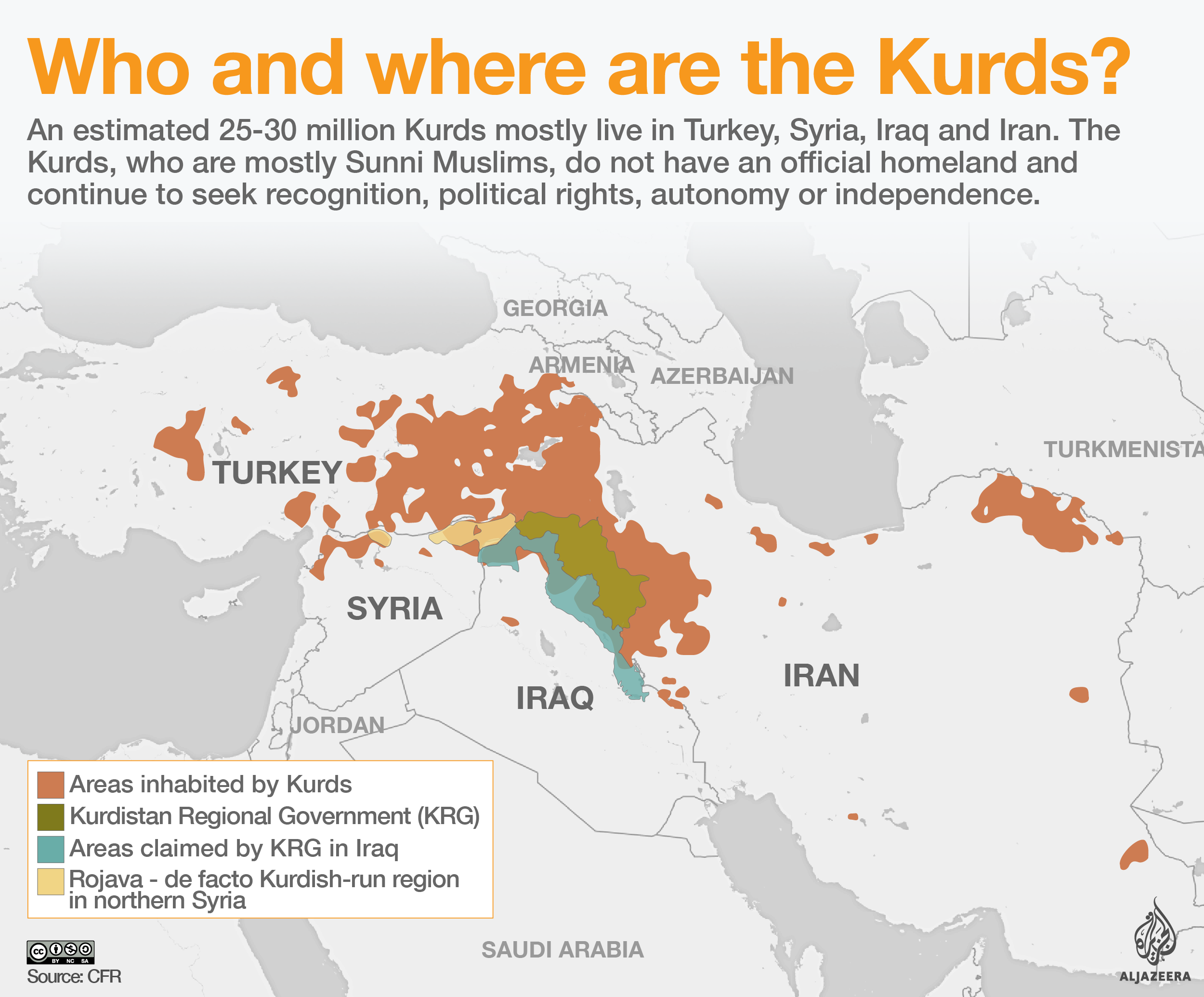 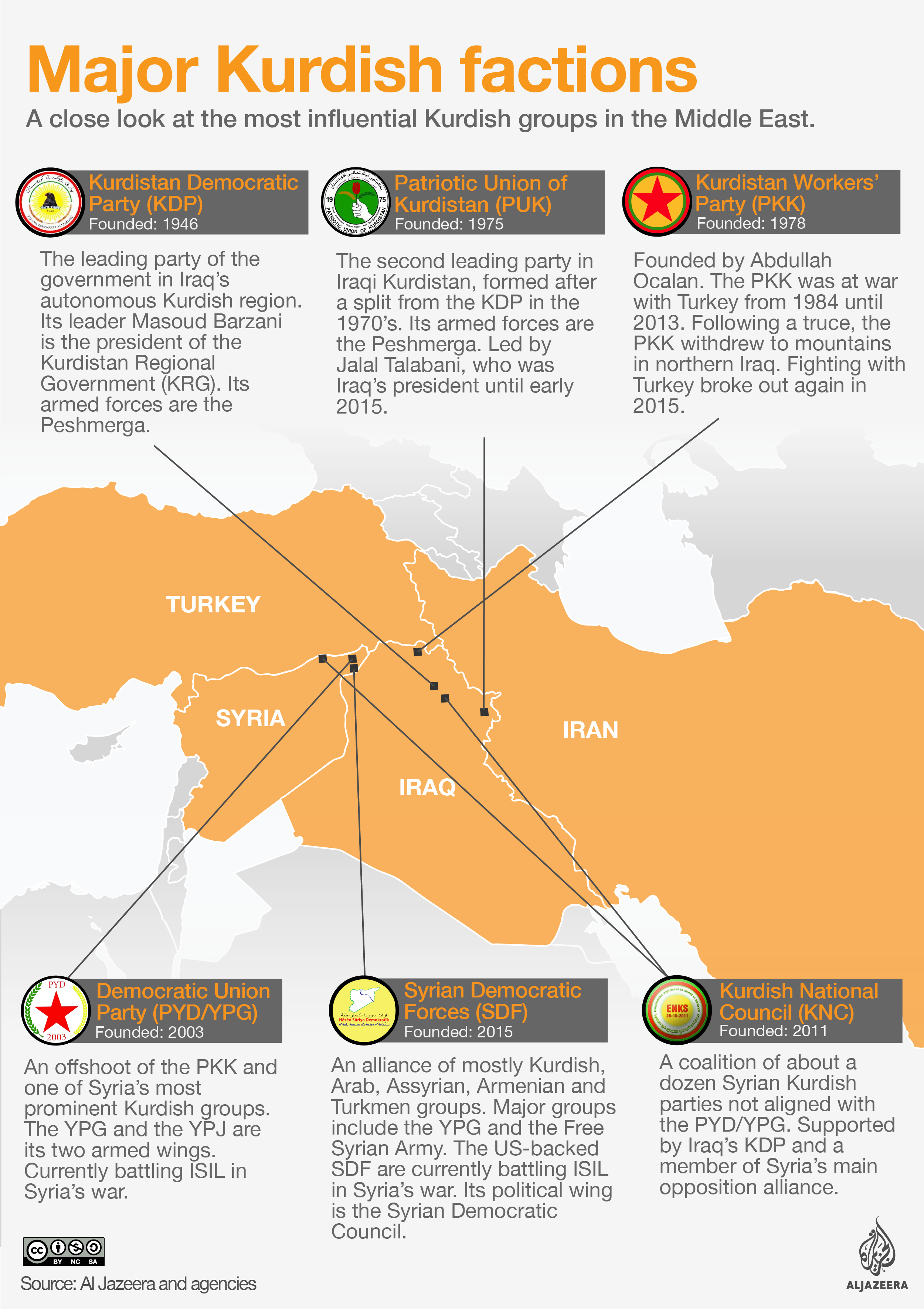