By Saif Khalid and Mohsin Ali

Armed Maoist groups have mainly been active in the mineral-rich tribal regions of India, which cover more than 100 districts.

Maoist-related violence has declined in recent years, with 2015 witnessing the lowest levels in six years, after the Indian government boosted the number of its troops in the region.

But this year violence has spiked, particularly in the Maoist stronghold of Chhattisgarh, where at least 162 people, including 72 members of the security forces, have been killed.

Al Jazeera maps the conflict areas based on three factors: the number of casualties, the recovery of arms and ammunition and the areas where the Maoists exercise control. 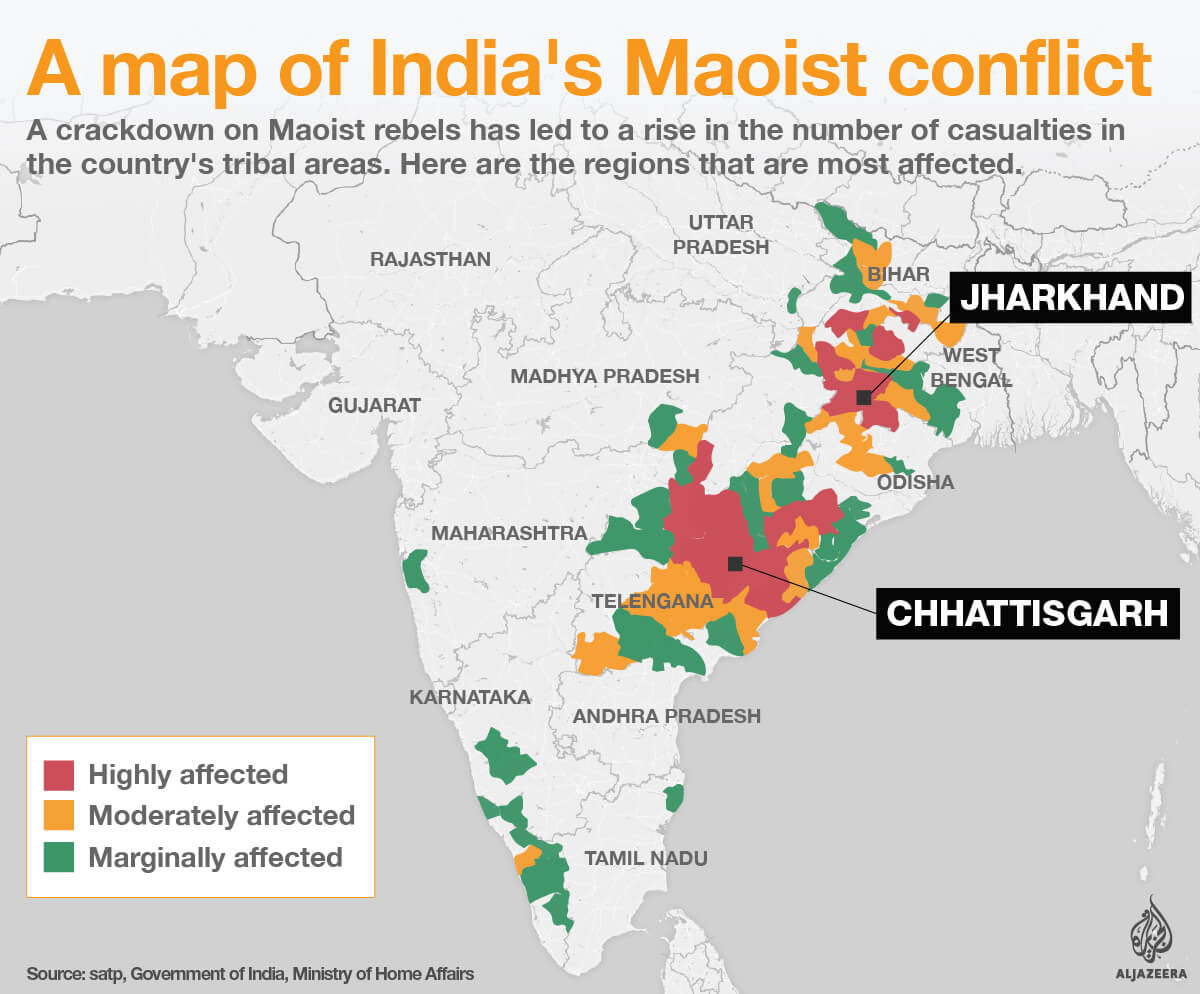