Venezuelan authorities have banned top opposition leader Henrique Capriles from running for office for 15 years, the latest move in an increasingly tense power struggle in the crisis-hit country. The move effectively bans Capriles from running against Maduro in a general election due next year.

The ruling said that the sanction was due to “administrative irregularities” by Capriles in his post as governor.

The 44-year-old Capriles has been the most prominent leader of Venezuela‘s opposition over the past decade, twice coming close to winning the presidency.

He is also one of the most vocal politicians against the current government and a strong critic of the decision of the Supreme Court of Justice to take over the opposition-led Congress’ legislative powers.

“When the dictatorship squeals it’s a sign we’re advancing,” he said in a speech surrounded by other leading opposition figures, many of whom themselves have been targeted. “The only one who is disqualified here is you, Nicolas Maduro.”

The descendant of immigrants from Europe, Capriles’ father had Dutch roots, while the family on his mother’s side fled Poland after the Holocaust.

His upper-class family owns major stakes in newspapers, cinemas and other businesses.

Like political candidates the world over, Capriles, 40, tries to focus on his “humble” roots, making promises about reducing poverty and “social inclusion”.

“I come from a working family. My grandparents arrived in Venezuela with nothing. I come from a family that worked hard, and were dedicated to give the best to this country,” Capriles told a local newspaper. “As a child, I learned to push myself to get things. I worked since I was 11 years old.”

Capriles’ supporters tout his motivation. “He is a person that works 24 hours, 365 days a year,” Adriana D’Elia, the former governor of Miranda state, told Al Jazeera. “It is difficult to keep up with him.”

His detractors consider him a fresh face for Venezuela’s old elite, a politician who acts like a champion of democracy but who is happy to subvert the will of the people when it fits his own ends.

Capriles was accused of participating in a 2002 coup attempt against the country’s elected government.

Critics say he was complicit with violent protesters at the Cuban consulate in Baruta, where opposition attackers thought members of Chavez’s inner circle were hiding.

After Chavez foiled the coup with the help of loyal army officers, Capriles was detained for 119 days, but was later released after being absolved in court.

“Unfair jail sentences are twice the burden,” Capriles said on his website.

Prison has had a lasting impact on the candidate, former colleagues said. “I am sure that the experience made him tougher,” said D’Elia, who has known Capriles for more than a decade.

After overcoming his legal problems, Capriles ran for governor of Miranda state in 2008 and won, he is currently governor of the state, which surrounds Caracas. 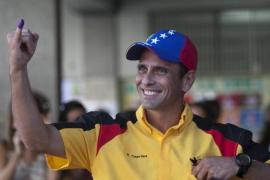 Henrique Capriles: ‘I am a democrat’ 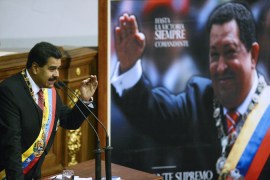