Rumbek – For centuries, cattle raiding has been a problem among pastoralist communities in South Sudan.

And years of conflict have made the stealing raids even more dangerous, with young raiders using guns and machetes.

Local organisations say more than 5,000 civilians have been killed in cattle raids since South Sudan gained its independence in 2011.

“Our children are being killed,” Rebeca Apien, a villager, told Al Jazeera. “We used to live in cattle camps with our children but now we’re losing them because of the raids.”

With a population estimated to be more than the number of civilians in the country, cows are considered a walking wealth, especially among herding communities.

Organisations expect the raids to increase with the approach of the dry season.

The government says it is trying to stop the violence, but acknowledges that it is struggling.

Since most of the cattle communities are located in remote areas, interventions are often hindered by access and the threat of firearms.

“There are a lot of youth armed, well-armed. A single police or two squads cannot handle the issue.” 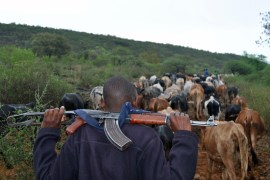 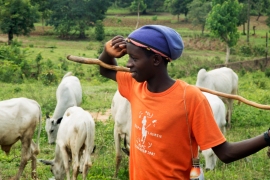