Both sides reported that fighting started on Monday and carried on for two days in Sangin district, an area where the armed group has made major gains over the past two years.

“The Taliban used a new tactic to attack government positions to take over the district. However, with the help of US air strikes, the militants were pushed back,” Omar Zwak, a spokesman for the governor of the southern province, told Al Jazeera.

“We don’t have a death toll yet, but there were casualties on both sides.”

Officials said the Taliban dug the tunnels to the checkpoints from nearby houses.

Charles Cleveland, a spokesman for the US military in Afghanistan, told Al Jazeera that the US carried out 15 air raids in the last 48 hours. He said reinforcements and commando units were also sent to the area.

“The Taliban always give a high death toll of our security forces in such fights, but in reality, they were repelled fiercely and many of them were killed,” Abdul Jabar Qahraman, the president’s special representative for security in Helmand, told Al Jazeera.

He said at least 20 Taliban were killed and more than 40 wounded.

Afghanistan’s Chief Executive Abdullah Abdullah flew to the provincial capital for an emergency meeting with security officials on Tuesday, as some analysts said Helmand was in danger of falling completely into Taliban hands.

Of Helmand’s 14 districts, six are known to be controlled by the Taliban and another seven, including Lashkar Gah, the provincial capital, are heavily contested.

Nationwide, US forces in the country said in a report on Wednesday that about 57.2 percent of 407 districts were under Afghan government control or influence as of November 15. 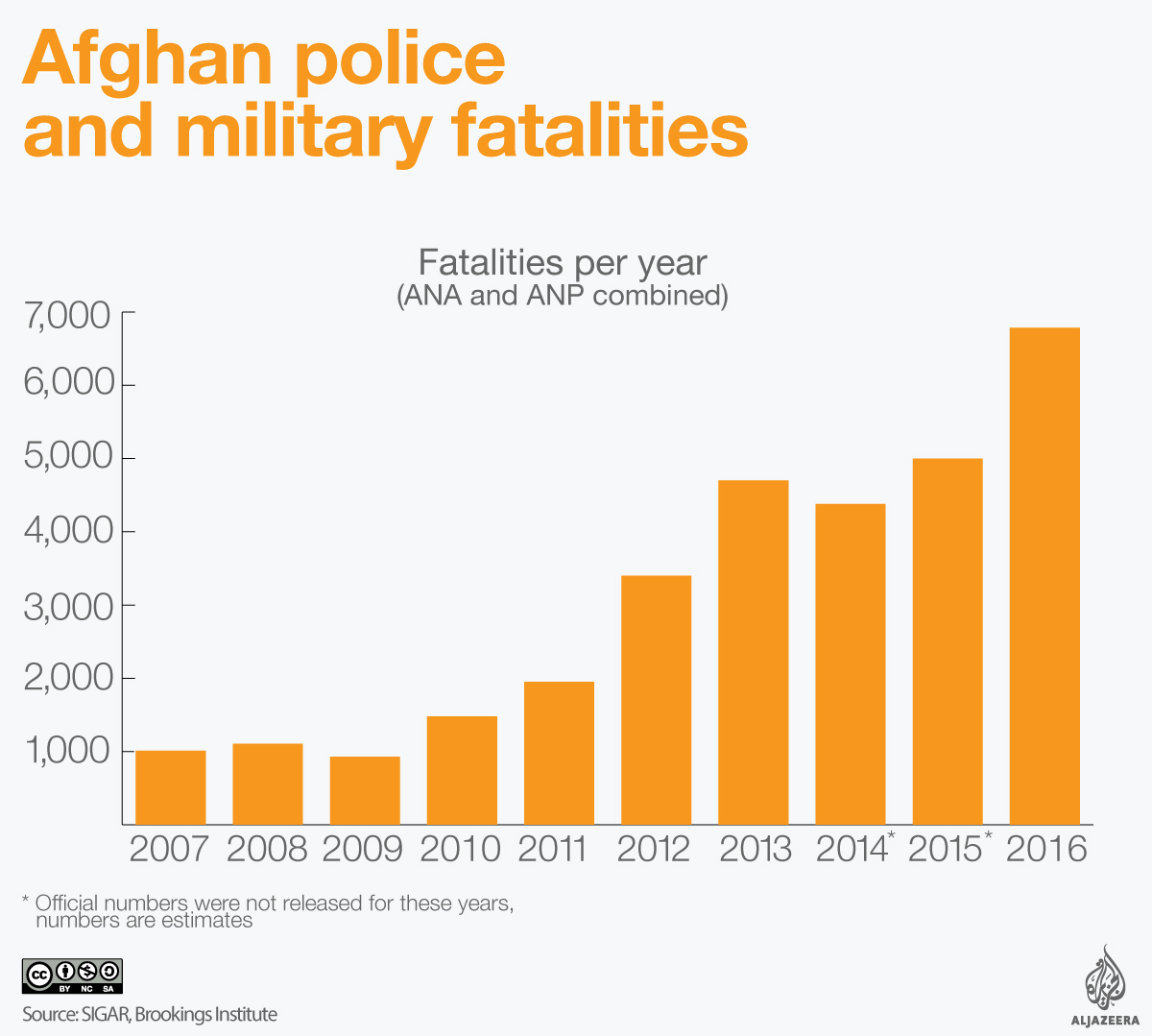 Afghan police and army units took over from NATO the task of providing security for the country in 2015. Their first year coincided with the Taliban capturing the regional capital of Kunduz in the north.

According to the US government’s Special Inspector General for Afghanistan Reconstruction (SIGAR), 6,785 Afghan soldiers and police were killed between January 1 and November 12. Another 11,777 were wounded.

That was an increase of about 35 percent from all of 2015, when 5,000 members of the security forces were killed. 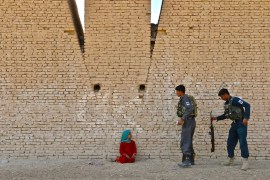 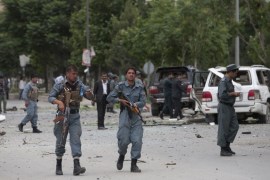