Just 60 years ago, there were no man-made objects above the planet Earth. Now, there are nearly 500,000 objects circling over Earth in various orbits. These include debris, inactive and active satellites.

The tiny Sputnik, which means “satellite” or “fellow traveller” in Russian, was the first artificial satellite to be launched into Earth’s orbit on October 4, 1957, and it changed the course of human history.

The 58cm diameter, 83.6kg metallic orb, with four antennae that transmitted radio pulses, launched by the Soviet Union, heralded the space race between the USSR and the US – ushering in an era of scientific advances, not only in military, but also in communications and navigation technologies.

There are approximately 1,500 active satellites currently orbiting the Earth. Modern society is heavily dependent on satellite technology, which is used for television and radio broadcasting, telephone calls, GPS navigation, mapping, weather forecasting and other functions.

Here are all the active satellites orbiting the Earth as of 2017.

Does your country have a satellite orbiting the earth right now?

The satellites orbit at different altitudes and tragectories with orbital periods that can range from 90 minutes to days to circle the Earth. The various orbits are used for specific satellite functions.

They have lifetimes ranging from months to 30-plus years after launch. 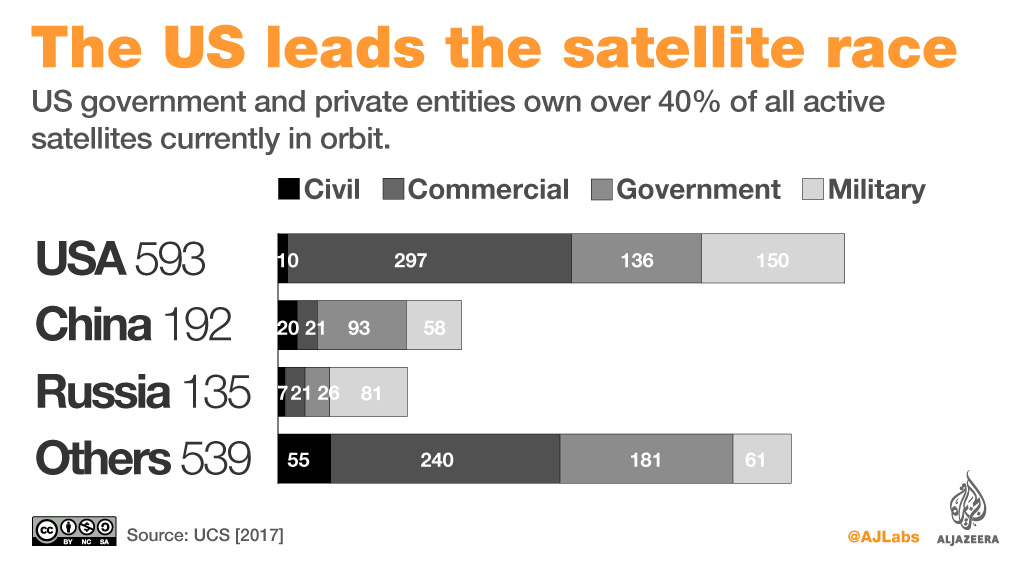