Sao Paulo, Brazil – Brazilian authorities have confirmed the deaths of at least 33 prisoners in the northern state of Roraima just days after 56 inmates were killed during a fighting between rival drug gangs in the neighbouring state of Amazonas.

Roraima state’s top security official Uziel de Castro Júnior said in a radio interview that the killings could have been committed by inmates affiliated to the Sao Paulo based drug trafficking gang the First Command of the Capital (PCC), Brazilian newspaper Estadao reported on Friday.

Details how and why the killings happened remain sketchy, but several bodies were found decapitated. Calls by Al Jazeera to Castro Junior’s office and the Roraima department of public security were not answered.

It remains unclear whether or to what extent Friday’s killings are connected to Monday’s riot.

Authorities attributed Monday’s violence to a power struggle between drug gangs for control of prisons and lucrative trafficking routes and territory in the Amazonas state, which shares borders with cocaine producing countries – Colombia and Peru – and has seen an explosion of drug war violence in recent years.

In October, 10 inmates were killed at the same Roraima prison which was attributed to a dispute between rival gangs, with other prison killings taking place the same week in neighbouring Rondonia and Acre states.

The increase in prison killings comes shortly after it was reported that Brazil’s two biggest drug trafficking gangs – the Sao Paulo based PCC and Rio de Janeiro based Red Command – broke a 20-year alliance and are now at war with each other.

Officials say that Monday’s violence at the Anisio Jobim Penitentiary Complex in Manaus was an attack on the PCC by local Amazonian crime FDN who are allied to the Red Command.

Following Monday’s violence, it was announced that Amazonian prison gang members would be moved to more secure federal prisons.

On Thursday, the justice minister launched the “National Security Plan” which focuses in part on modernising the country’s prison system through better equipment and better separation of prisoners.

The plan will see custodial task forces created to decide whether prisoners awaiting trial and those convicted of less violent crimes should be released; continue in prison or be put under other provisional measures such as ankle tags.

With over 600,000 inmates, Brazil has the fourth largest prison population after US, China and Russia in the world and its prisons have long been denounced by human rights groups for violence and serious overcrowding.

“The terrible conditions in the Roraima and Manaus prisons are representative of the Brazilian prison system,” said Valdir João Silveira, national coordinator of Pastoral Carcerária, a prisoner advocate group linked to the Catholic Church.

According to Silveira, some 40 percent of Brazil’s prison inmates are awaiting trial with the number as high as 60 percent in the Amazonian prison riot. 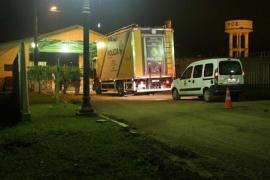 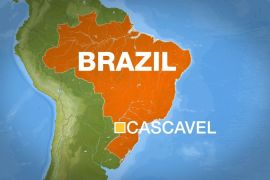