Russia annexed Crimea in March 2014, and fighting broke out in eastern Ukraine the following month between pro-Russian rebels and Ukrainian government forces, a conflict in which nearly 10,000 people have been killed.

In the case announced on Tuesday by the International Court of Justice, Ukraine accused Russia of “intervening militarily in Ukraine, financing acts of terrorism and violating the human rights of millions of Ukraine’s citizens”.

Ukraine further alleged that the takeover of Crimea “brazenly defied the UN Charter, seizing a part of Ukraine’s sovereign territory by military force”.

In Moscow, its foreign ministry was quoted by Reuters news agency as saying that Russia would use all available means of legal defence against the suit.

The filing itself has no direct consequences, though a finding by the court in Ukraine’s favour could be enforceable in some national courts, theoretically triggering legal steps to freeze or seize Russian assets.

Ukraine also asked the court to order “full reparation” for the “shelling of civilians” in certain towns in eastern Ukraine and for the July 2014 downing of flight MH17.

In September last year, investigators said that the Malaysian airliner shot down in eastern Ukraine had been hit by a missile launched from an area controlled by Russia-backed rebels.

The findings challenged Russia’s suggestion that the flight, en route from Amsterdam to Kuala Lumpur, was brought down by the Ukrainian military.

All 298 people on board, most of them Dutch citizens, were killed.

No date was immediately announced for hearings in the lawsuit, which is likely to take many months to complete. 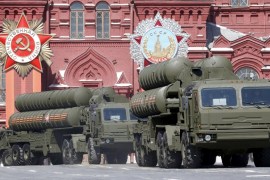 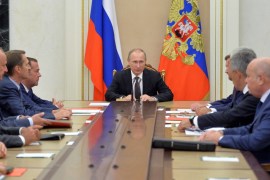 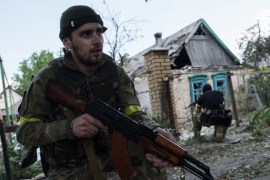 West and Russia clash at UN over Ukraine crisis

Accusations traded against backdrop of worst fighting between Ukrainian troops and pro-Russian rebels in country’s east.