The fugitive leader of a protest movement that has shaken Morocco’s northern Rif region for months was arrested on Monday.

Nasser Zefzafi, 39, who had been on the run since Friday, had been taken into custody “along with other individuals” and transferred to Casablanca, according to the general prosecutor of the northern city of Al-Hoceima.

The prosecutor’s statement said on Monday that those detained would be investigated for “undermining the security of the state” and other criminal acts.

Calls for justice for Mouhcine Fikri, 31, evolved into a grassroots movement demanding jobs and economic development, with Zefzafi, himself unemployed, emerging as the leader of the Al-Hirak al-Shaabi, or Popular Movement, based largely in Al-Hoceima.

Zefzafi’s arrest was ordered after he allegedly interrupted a preacher at a mosque on Friday and called for further demonstrations.

Prosecutors said the arrest was ordered after Zefzafi “obstructed, in the company of a group of individuals, freedom of worship” at the mosque in Al-Hoceima.

The protest leader later appeared in footage broadcast on social media saying he was “safe and sound” and calling for further demonstrations.

The mainly ethnically Berber Rif region has long had a tense relationship with Morocco’s central authorities and was at the heart of Arab Spring-inspired protests in 2011.

The protests subsided following a series of political reforms, including constitutional changes that saw King Mohamed VI give up some of his wide-ranging powers.

Zefzafi emerged as the leader of the movement by broadcasting passionate speeches online in the local Tarifit dialect from his home or the street, denouncing “corruption” and “dictatorship”.

Zefzafi and other activists insist the movement is not seeking independence for the region, despite its long history of resistance to central rule. 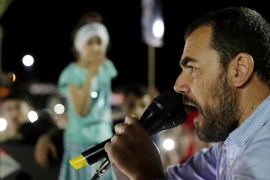 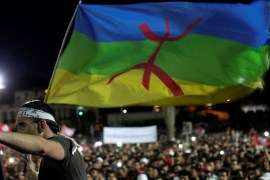