These were some of the words used to describe a measure signed off by US President Donald Trump that suspends immigration from several Muslim-majority countries, and indefinitely bans Syrians – including refugees – from entering the United States.

Closing off his first week in office, Trump signed the order on Friday at the Pentagon, saying the move would help protect Americans from “terrorist” attacks.

“Trump’s latest executive order is likely to hurt the people most in need: those fleeing violence and terrorism – and on Holocaust Remembrance Day, no less,” said Grace Meng, senior US researcher at Human Rights Watch. “The decision to drastically curtail the refugee programme will abandon tens of thousands to the risk of persecution or worse and cede American leadership on a vitally important issue.”

Following Trump’s signing, the Council on American-Islamic Relations (CAIR), a US Muslim advocacy and civil rights group, said it would file a “federal lawsuit on behalf of more than 20 individuals challenging the ‘Muslim ban'”.

“There is no evidence that refugees – the most thoroughly vetted of all people entering our nation – are a threat to national security,” said Lena Masri, CAIR’s national litigation director. “This is an order that is based on bigotry, not reality.”

The state department said the three-month ban in the directive applied to Iraq, Syria, Iran, Sudan, Libya, Somalia and Yemen – all Muslim-majority nations.

“The needs of refugees and migrants worldwide have never been greater and the US resettlement program is one of the most important in the world,” said the United Nations refugee agency and International Organization for Migration (IOM) in a joint statement.

Here is a collection of posts describing the order’s effect and decrying the move, which many have said in part fulfils Trump’s campaign promise to place a ban on Muslims entering the country.

With a pen stroke, a wedding is missed, a eulogy isn't spoken, a job is not taken, a family is left broken, safety isn't found. #MuslimBan

Disappointed at media headlines referring to #MuslimBan using Trump's "radical Islamic terrorists" frame. Say it for what it is: racism.

This isn't about national security. It's about white supremacy. #RefugeesWelcome #MuslimBan #NoBanNoWall

American foreign policy has played active role in creating the same refugees that we are now banning & denying a safe home. 1/2 #MuslimBan

Mark my words: Even after the #MuslimBan, many Democrats will still continue to cooperate with Trump. Tells you everything you need to know.

Can you hear that? It's Democrats not promising to nullify/repeal Trump's #MuslimBan executive order.

Pence, Ryan, Mattis…all slammed #MuslimBan during campaign, all now supporting Trump implement it. Wonder why no trust in politicians?

And traded it for a cowardly, foolish illusion of safety.

The #MuslimBan is not about national security, its about White supremacy & the invented threats craven leaders use to justify its existence.

Relevant to all of us who truly believe in justice and dignity for all… #solidarity #muslimban https://t.co/CeYISW9T62

These are the bloodthirsty terrorists Trump is outlawing. The #MuslimBan is an absolute immoral, inhumane disgrace. https://t.co/naxWb3BJTz pic.twitter.com/ocGwDFviqi

"#Trump’s Executive Order is a Travesty" – 2hrs since #MuslimBan was signed, still no sign of the final text. https://t.co/f6LJoTIlKi

I was raised Catholic, became Episcopalian & found out later my family was Jewish. I stand ready to register as Muslim in #solidarity. 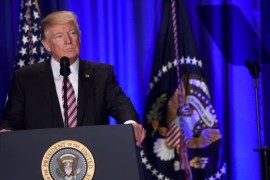 As of Thursday, the new US administration had signed 13 executive actions on business, trade and immigration. 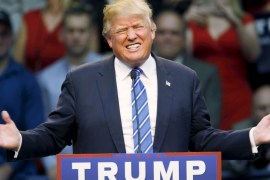