Rahimullah Khan, a provincial operational commander, said the first of two air strikes on Sunday afternoon killed one policeman at a checkpoint outside the provincial capital of Tarin Kot, while the second, killed seven others.

The US military command in Kabul confirmed its warplanes had conducted an air strike in the area, but said they targeted “individuals firing on and posing a threat to” Afghan National Security Forces (ANSF).

“We don’t have any further information on who those individuals might have been or why they were attacking [the] ANDSF,” US military spokesman Brigadier General Charles Cleveland said in a statement.

“US, coalition, and Afghan forces have the right to self-defence and in this case were responding to an immediate threat.”

Afghan officials said that they were investigating the attack and were in contact with the US-led coalition.

Al Jazeera’s Jennifer Glasse, reporting from Kabul, said fighting to push back the Taliban from the Uruzgan province is ongoing and that US forces are helping the Afghan forces.

“At this point it is difficult to know if this was a mistake in identity or whether the coordinates were called in wrong, but we do know that there were Taliban in the areas,” our correspondent said.

“But as so often happens here, the Afghan security forces get caught in the middle, and in this case, eight Afghan policemen are reportedly killed.”

Afghan security forces, supported by American air strikes and international military advisers, are battling the Taliban who have fought a 15-year insurgency against the Western-backed government in Kabul.

Last year, the US military conducted a deadly air strike on a Doctors Without Borders (MSF) hospital in Afghanistan’s Kunduz, killing at least 42 people, including 24 patients, 14 staff and four caretakers.

Technical and human error led to the attack, the US military said as they presented the results of an internal investigation into the incident. 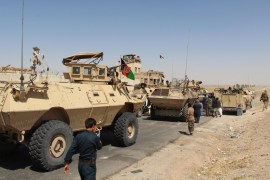 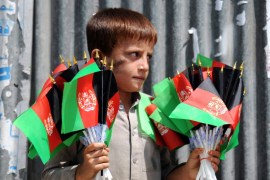 Deepening political crisis could prove to be fertile ground for separatist sentiments to grow in Afghanistan. 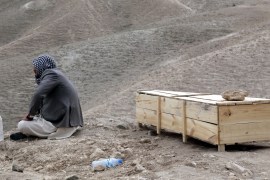