Bangladesh has ordered a North Korean diplomat to leave the country after he was caught smuggling in goods worth nearly half a million US dollars.

Han Son Ik, the first secretary of the North Korean embassy in the capital Dhaka, attempted to smuggle one million cigarettes as well as electronics in a shipping container, Bangladeshi officials said on Monday.

“The diplomat declared that his cargo contained food and soft drinks. But when we opened the cargo, we found 1.6 million stalks of expensive cigarettes and electronics,” Moinul Khan, head of intelligence at Bangladesh customs, told the AFP news agency.

Bangladesh’s foreign minister Shahidul Haque confirmed the order had been made, but declined to provide a time for the diplomat’s departure.

Local media said he had been ordered to leave by Monday.

“We have asked North Korea to take him back for violating diplomatic norms,” Haque told AFP, without giving further details.

A senior customs official told AFP the North Korean used his diplomatic immunity earlier this month to import the goods which were suspected destined for the black market.

“At market prices these products are valued at 35 million ($430,000). We suspect that he brought the products to sell to local smuggling gangs,” he said.

In March last year, another North Korean diplomat was forced to apologise after he was caught at Dhaka airport trying to smuggle nearly 27 kilograms of gold, worth $1.7 million, into the country.

In 2012, customs authorities issued a fine of approximately $12,700 fine after seizing illegal wines from another North Korean envoy.

Last year, a North Korean restaurant in Dhaka was shut down after officials found it was selling wine and drugs without permission. 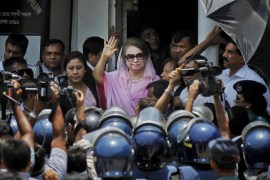 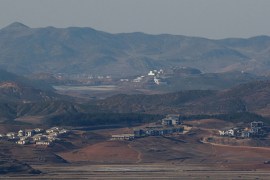